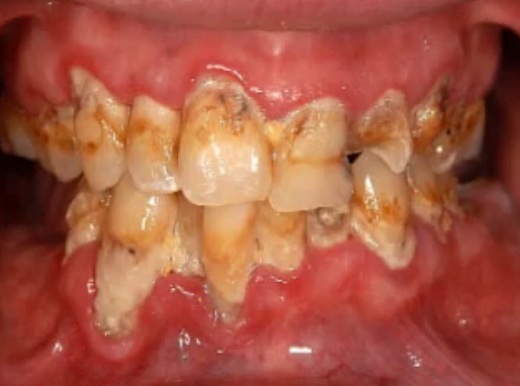 Meth Mouth – the effect of Methamphetamine use

Stratfor has an excellent piece on the production of methamphetamine in Mexico and Central America, production techniques and precursor chemicals.

Based on evidence obtained from raided laboratories in the United States and Mexico, it appears there are two primary methods of methamphetamine production in those countries: the phenyl-2-propanone (P2P) method and the reduction method.

Sometimes referred to as “building up,” P2P is considered the more difficult of the two methods. It requires more chemicals and materials and more sophisticated chemistry. In fact, the chemical process is so technical and complex that it requires several days to complete, necessitating a skillset akin to that of licit chemists. It also entails a purification step that increases the potency of the final product. While P2P produces a more potent final product, the method is subject to the competence of the manufacturers and the quality of the chemicals being used. P2P is the method most employed by Mexican criminal organizations because its two primary requisite precursor chemicals, methylamine and phenyl acetic acid, are loosely regulated in Mexico.

Reduction is the manufacturing method primarily used in Asia and the United States. This method involves mixing ephedrine or pseudoephedrine with a few easily attainable precursor chemicals. With reduction, a manufacturer can cook a small volume of meth (a few ounces) in as few as eight hours. Indeed, the key difference between the manufacturing methods is that reduction requires less time and less sophistication than P2P, and ultimately it produces an inferior product.

It should be noted that the manufacturing method has nothing to do with production scale. Either method can be used to cook large or small quantities of the drug. It can be manufactured in a hotel, apartment, home, car trunk or backpack. However, to produce meth on an industrial scale, a manufacturer would need more space. Past seizures have taken place in large warehouses (around 1,600 square meters, or 17,000 square feet), small ranches (6-40 hectares, or 15-100 acres) or even mid-sized homes.

Cost of production also differentiates the two methods. While meth is more cheaply rendered by reduction, both methods are extremely cost effective. Depending on the price of chemicals used — determined by the quantity of chemicals purchased and the legitimacy of the supplier — the cost of manufacturing 1 kilogram (2.2 pounds) of meth comes to anywhere between $150 and $4,000. The use of methylamine, which is highly regulated, expensive and, as stated, only used in the P2P method, is the key factor in this price range; substituting methylamine with a mixture of methanol and anhydrous ammonia drastically reduces the cost. According to the U.S. Department of Justice’s National Illicit Drug Prices Mid-Year 2009 report, the wholesale market price for meth is $19,720 per kilogram while its street value is $87,717 per kilogram. Needless to say, this is a huge markup.

But it is not necessarily the overall cost that determines the production method of Mexican criminal organizations, or any meth manufacturer. Rather, it is the availability of precursor chemicals that matters. Mexican manufacturers could save vast sums of money by exclusively using the cheaper reduction method. But the Mexican government’s strict regulation of ephedrine and pseudoephedrine compels criminal organizations to use other methods, such as P2P, that require less-regulated precursor chemicals.

Read all of the report and then you can watch this video on the effects of methamphetamine on the mouth. The American Dental Association authored the video.