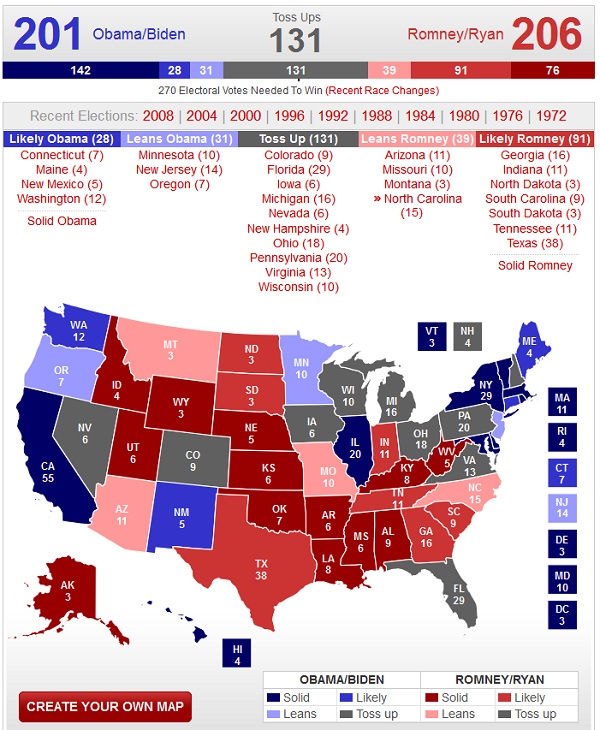 For the first time, Real Clear Politics and their poll averages has Mitt Romney beating President Obama in the Electoral College.

The map is similar to my map from several months ago. But, what is interesting is that a number of states that many have thought in the Team Obama camp, may be in play – most notably Pennsylvania and Michigan.

The battleground state polls after the Monday night debate, should deliver a clearer picture of what will happen on November 6th.

By the way, the magic number of Electoral College votes to win is 270.

President Obama’s loss of momentum traces back to the first Presidential debate when Mitt Romney schooled the President. But, the latest Gallup Poll is even more telling.

Half of likely voters now prefer Mitt Romney for president and 46% back President Barack Obama in Gallup interviewing through Monday.

While Romney’s four-percentage-point advantage is not statistically significant, he has consistently edged ahead of Obama each of the past several days in Gallup’s seven-day rolling averages conducted entirely after the Oct. 3 presidential debate. Prior to that debate — regarded as a decisive Romney win by political experts and Americans who watched it — Romney averaged less than a one-point lead over Obama among likely voters.

And, here is the registered voters poll chart – note the trend.

Gallup has also done a comparison between Obama Vs. McCain and Obama Vs. Romney.

Degreed voters backing off Obama: In 2008, Obama led McCain among postgraduate educated voters by a 30-point margin, while he ran roughly even with McCain among those with lower levels of education. Today, Obama’s postgraduate advantage has been cut to 14 points and he trails Romney among college graduates (those with four-year degrees only) by 22 points. His support from high school graduates and those with some college is also down slightly, providing no counterbalance to his major losses among the college educated.

Southern losses: The South gave Obama the least support of any region in 2008, but still split their vote evenly for Obama vs. McCain. Today, Southerners favor Romney by a 22-point margin, the largest shift of any region. Voters in the East are also less supportive, while preferences in the West and Midwest are little changed.

Young voters stick with him: Young voters were an important part of Obama’s 2008 coalition, and in 2012 they continue to support him overwhelmingly, at roughly the same level as four years ago. The difficulty for Obama is that he currently has less support among each older age group, particularly those aged 30 to 49 years.

White support dwindles: Obama lost the white vote in 2008 by 12 percentage points, but that was more than offset by a 72-point lead among nonwhites. Today, Obama has a more daunting 22-point deficit among whites, while his margin over Romney among nonwhites is essentially unchanged.

Men move away: In 2008, Gallup found a 14-point swing in gender preferences for president, with women favoring Obama by a 14-point margin and men tied in their preferences for Obama vs. McCain. Today, there is a 20-point gender gap. Women’s support for Obama shrank to six percentage points, while men favor Romney by 14 points.

The President is in trouble for re-election. Mitt Romney has been surging since the first Denver  Presidential debate and if Obama does not reverse this course in three weeks there will be a new President come 2013.

Watch the President come out swinging in tonight’s debate.

Obama really has to hit a home run or he is toast. 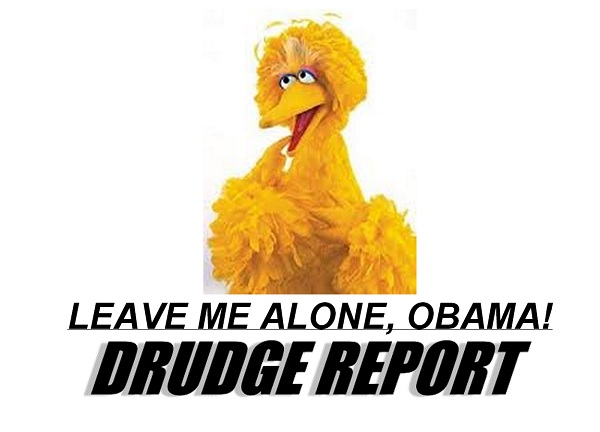 Of course, the Obama Campaign folks will say that this is just a light-hearted dig at Romney. But, the fact that in their press release they did not list the states where this purported television ad will air, everyone suspects that this was a “trial balloon.”

The add is a pretty stupid move when the President just had his ass kicked on the issues in the first debate with Mitt Romney.

I mean, really, 8 per cent unemployment for 44 months of his Presidency and a stagnant economy, then the President attacks Romney over Big Bird.

Obama and his campaign are flailing…. 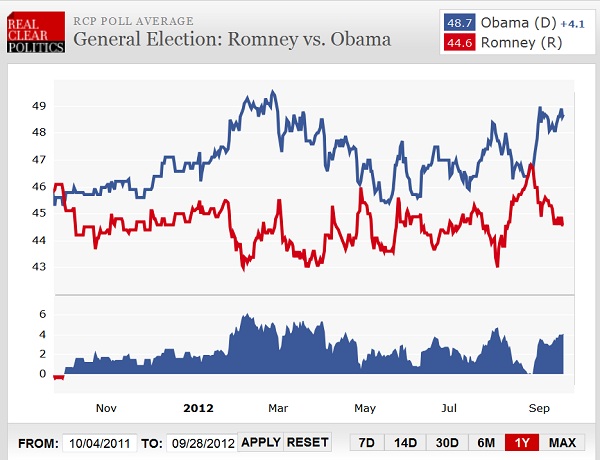