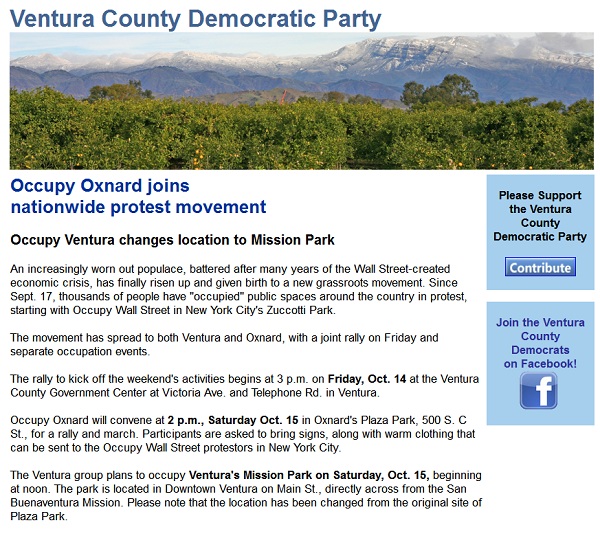 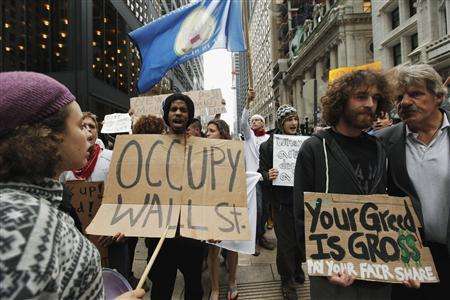 Members of the Occupy Wall Street movement take part in a protest march through the financial district of New York, October 12, 2011

Good question and seemingly the answer is obvious – George Soros and the Far LEFT.


Anti-Wall Street protesters say the rich are getting richer while average Americans suffer, but the group that started it all may have benefited indirectly from the largesse of one of the world’s richest men.

There has been much speculation over who is financing the disparate protest, which has spread to cities across America and lasted nearly four weeks. One name that keeps coming up is investor George Soros, who in September debuted in the top 10 list of wealthiest Americans. Conservative critics contend the movement is a Trojan horse for a secret Soros agenda.

“I can understand their sentiment,” Soros told reporters last week at the United Nations about the Occupy Wall Street demonstrations, which are expected to spur solidarity marches globally on Saturday.

Pressed further for his views on the movement and the protesters, Soros refused to be drawn in. But conservative radio host Rush Limbaugh summed up the speculation when he told his listeners last week, “George Soros money is behind this.”

Soros, 81, is No. 7 on the Forbes 400 list with a fortune of $22 billion, which has ballooned in recent years as he deftly responded to financial market turmoil. He has pledged to give away all his wealth, half of it while he earns it and the rest when he dies.

No real surprise here. Read all of the piece.

I have noticed local coordination of the local Democratic Party with MoveOn.org here in Thousand Oaks – to Occupy Thousand Oaks. Their goal is to help re-elect Barack Obama – plain and simple.

The local Dems will be out protesting on Thousand Oaks streets on Friday. 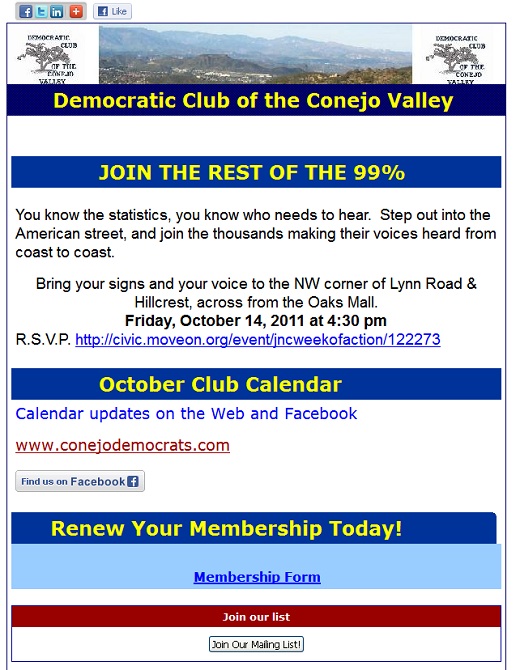 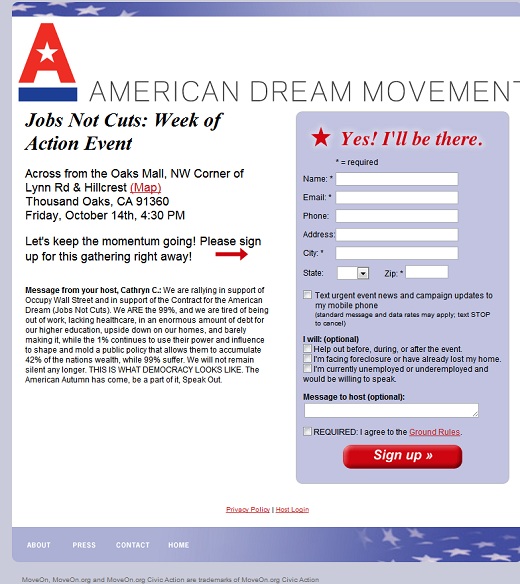 Pretty much says it all.

And, what would I want?

But, Warren Buffett, if you are interested in helping a brother out, knock yourself out…..

Gee, I don’t know who are the bigger Wall Street tools here, Obama or these Alinsky-like LEFT protesters.

The ignorance displayed in these interviews knows no bounds. The protesters just don’t get it. They are calling for the government to use force to impose their ideas, all in the name of bringing down corporations who they don’t realize have completely bought off government regulators. Corporations and government enjoy a mutually beneficial relationship – getting one to regulate the other is asinine and only hurts smaller businesses who are legitimately trying to compete in a free market economy that barely exists.

The zeal for totalitarian government amongst some of the “protesters” is shocking. One sign being carried around read, “A government is an entity which holds the monopolistic right to initiate force,” which seems a little ironic when protesters complain about being physically assaulted by police in the same breath.

One woman interviewed by Kokesh also announces her intention to help Obama to capture a second term. How can a self-proclaimed Occupy Wall Street protester simultaneously support the man whose 2008 campaign was bankrolled by Wall Street, whose 2012 campaign is reliant on Wall Street to an even greater extent, and whose cabinet was filled with Wall Street operatives?

Watch the video and weep.

Over educated and unemployed, eh?

I can see why they are unemployed……