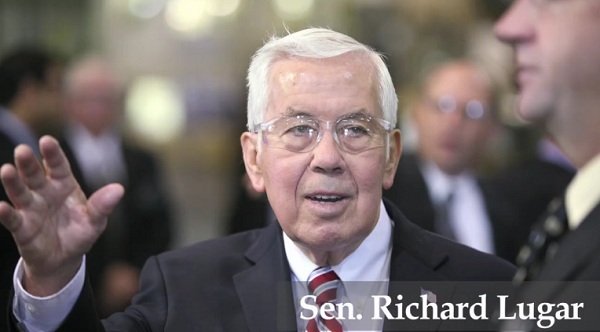 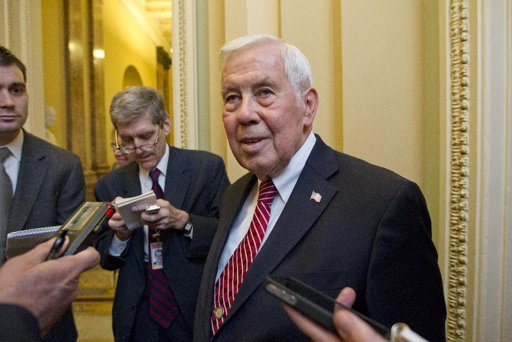 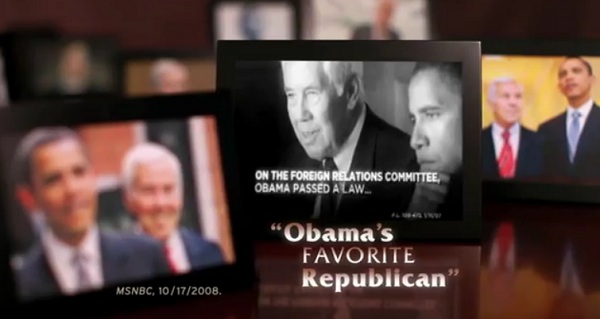 Richard Mourdock talks about the differences between himself and Senator Lugar on the issue of Earmarks.

Here is the text of the ad:

Richard Mourdock: Every Year, Congress finds new ways to spend our money… and Sadly, Senator Lugar went along with it: voting for the Bridge to Nowhere, a rainforest in Iowa, even a teapot museum. When Senator Lugar recently had the chance to stop wasteful earmarks, he voted no. We’re fifteen trillion in debt and it has to stop. I’m Richard Mourdock and I approve this message because Dick Lugar won’t vote to end wasteful spending and earmarks. I will.

Richard Lugar has served his state and country for decades, but it is time for him to go.

Lugar’s political bulwark is his home city of Indianapolis. Within a two-mile radius just south of downtown you can find three stadiums — including NFL and NBA venues — two major interstates radiating out across the compass, critical Internet and cyber optic terminals, and one of the largest insulin manufacturing sites in the world. A cataclysmic nuke strike in Lugar’s backyard would devastate the American security psyche.

The rap on Lugar that prompted a Tea Party-induced rebellion at what many believed would be his valedictory political run into the defining realm of statesmanship was that his globe-trotting had eclipsed his domestic political operations back home. They want Lugar at Lincoln Day dinners instead of seeking security solutions to padlocked anthrax labs in Kampala and Nairobi, or securing Soviet-era nukes and sarin that could destroy our cities.

Mourdock told The Hill early this month, “People in Indiana want to see fiscal controls, they want to see someone who’s with them regularly back there, not just someone sitting in Washington, D.C., thinking about the lofty issues of foreign affairs.”

Mourdock’s problem today is that at a time when he needed to stand and deliver, his second quarter FEC report turned out to be a political nuke.

Heading into the June 30 FEC deadline, the conventional wisdom is that he needed to report somewhere between $500,000 and $1 million to get into the money game and attract national support. But what happened to the Mourdock campaign in June is as potentially devastating as Jill Long Thompson’s extremely low profile after she won the Indiana Democratic gubernatorial nomination in 2008.

Mourdock’s June swoon went like this: On June 8, seven of 10 members of the Indiana Republican Central Committee who endorsed Mourdock were replaced during reorganization. His chief of staff, Richard Bramer, lost a race for 8th CD vice chair, and his field coordinator, Diane Hubbard, lost her bid to be 9th CD chair.

Senator Richard Lugar has delivered the goods to Indiana and if Mourdock does not raise the funds will be re-elected to another 6 year term at age 80.

Dick Lugar’s demise may have been exaggerated.