Well, I already said that Rick Santorum was way out of the mainstream with his own views on contraception.

Republican presidential candidate Rick Santorum’s big mega-donor kicked up a controversy over the issue of contraception today when he urged a return to the good old days when gals had a simple solution for it: aspirin between the knees.

Wealthy entreprenuer Foster Freiss, who’s backed Santorum’s Super-PAC, made the statements to MSNBC’s Andrea Mitchell today, after being asked if his candidate has expressed some extremist views on contraception.

He appeared to express wonder that women even have to worry about the issue of paying for contraception these days, Politico reports. “On this contraceptive thing, my Gosh it’s such [sic] inexpensive,” he added. “You know, back in my days, they used Bayer aspirin for contraception. The gals put it between their knees, and it wasn’t that costly.”

Mr. Freiss should get back in his time machine and disappear – as should Rick Santorum.

Rick Santorum will NOT be the Republican nominee for President. There is no frakking way.

These comments are so far out of the mainstream, it makes Mitt Romney look good and Gingrich virtuous.

Here we go – the onslaught against Rick Santorum which will not be answered due to Santorum’s lack of campaign cash.

But, GOP voters still don’t like Romney who will lose big time to Obama in November.

It’s Halftime in America. And our second half is about to begin. All that matters now is looking ahead and finding a way forward.
The first one below is for the third quarter and calls Rick Santorum a “PUSSY” – real mature NBC.

This second one is for the fourth quarter and talks about Newt Gingrich having a big head = more name calling.

The third one, I won’t even bother, since it is just nonsense.

I understand this is supposed to be comedy, but this exercise like many over there at NBC just seem to be simple name calling of Republican POLS. Where is your parody of Obama, Lorne? 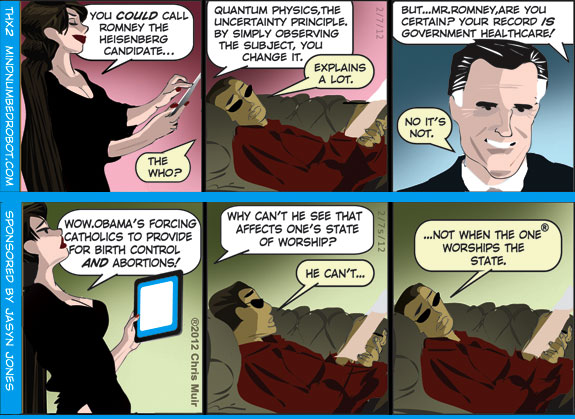 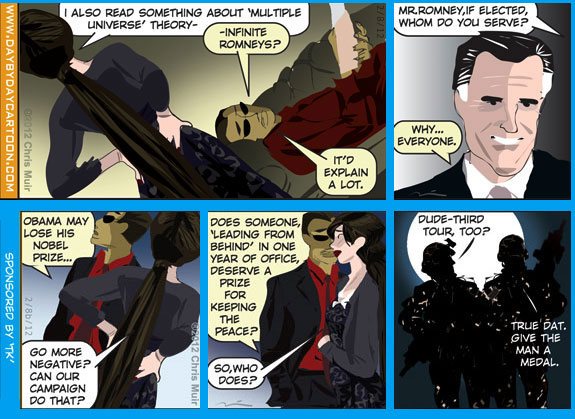 Chris, with Rick Santorum’s victories last night in Minnesota, Colorado and Missouri perhaps he deserves a second look. One thing is for sure, should the GOP nominate Mitt Romney it will guarantee four more years for the Noble Peace Prize winning President Obama.