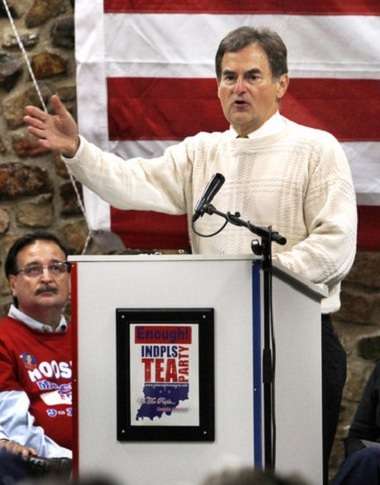 It certainly appears so.


Indiana State TreasurerRichard Mourdock will launch his primary challenge to Sen. Richard Lugar (R-Ind.) on Tuesday with the support of a majority of both the state’s 92 Republican county chairmen and its state party executive committee, he told the Fix in a recent interview.

“I feel bad that he’s going to be humiliated by this list,” Mourdock said.

Mourdock added that he believes Gov. Mitch Daniels (R) and Rep. Mike Pence (R), the party’s two leading figures in the Hoosier State, are going to stay neutral in the primary — though Daniels, who was Lugar’s campaign manager three different times, has already committed to voting for the senator.

That such a large contingent of the party establishment should come out against or withhold support from an incumbent senator is highly unusual and reflects the difficult path ahead for Lugar in advance of the May 8, 2012, primary fight. It also suggests there is a clear path to victory for Mourdock.

Senator Richard Lugar’s time has passed and he is too moderate for the Indiana electorate.

Time for Lugar to retire – and save face, otherwise he WILL be beaten in a GOP Primary election.