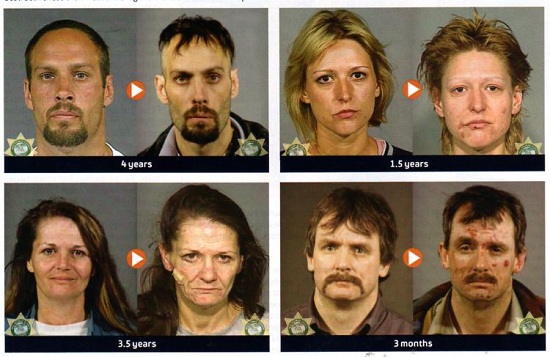 I want to ask Debra Saunders, really? Unnecessary health costs? Or, is it something else?

You know the war on drugs has gone too far when politicians keep ratcheting up restrictions on cold and allergy medications in order to prevent kitchen drug labs from buying pills and converting them into methamphetamine.

In 2005, Congress passed a law requiring consumers to show a driver’s license or other ID in order to purchase Sudafed and 14 other over-the-counter cold and allergy medications. The buyer must register in a logbook.

Right after the law passed, the amount of methamphetamine that the Drug Enforcement Agency seized dropped, but then it started to rise. The drug trade has proved to be a crafty, adaptable foe. “Mom and pop” meth labs started “smurfing” – sending people to multiple retailers to buy pills. Also, users figured out how to “shake and bake” small quantities of meth in 2-liter jugs. Toxic meth labs found a new home – in cars.

Worse, Mexican cartels moved in to fill the vacuum. A 2010 U.N. drug report said there had been a sharp decline in the number of small and medium-sized meth labs in the United States, “although production loss was offset by increasing large-scale manufacture in neighboring Mexico.” The report tracked changes in the street price of methamphetamine. Prices spiked for six to nine months after changes in the law, then “manufacturers were able to retool operations and find new sources of chemicals” and the prices dropped back to where they had been.

Enter state lawmakers. Oregon and Mississippi have already passed laws requiring law-abiding citizens to get prescriptions for what had been over-the-counter medications. Lawmakers in other states – including California, Alabama and Colorado – are considering similar bills.

I understand that methamphetamine addiction is an ugly creature that destroys families, eats through bodies and endangers children. But if the pharmacy registry and 250-pill per month quantity limit mainly served to drive the trade to Mexico, then the prescription requirement will not stop the trade either.

Debra, you need more than 250 cold and/or allergy pills per month? If so, you really need to see a physician anyway.

This whole exercise seems to be an exercise in either unburdening yourself of an inconvenience of a physician’s visit or giving an excuse to the Consumer Healthcare Products association (CHPA) to continue the pseudoephedrine trade in America.

This commenter to Debra Saunder’s piece more concisely articulates what I am trying to say.

Folks, what Debra and some of the other making comments are missing is – prescription pseudoephedrine (PSE) is a proven solution for eliminating the domestic poduction of meth – not eliminating meth itself – we have our neighbors to the South to thank for that. Meth labs pose a significant and unique threat that demands immediate attention. Both Oregon and Mississippi have proven Rx PSE works very well. Both states have reduce meth labs seizures 70-90% and equally reduced the number of drug endangered children removed from meth abs each year. The costs to us tax payers associated with meth labs alone is in the billions nationwide (law enforcement, prosecution, incarceration, social services, environmental impact, destroyed homes, etc.). Although Rx PSE won’t eliminate meth coming from Mexico – there is good new there as well. Oregon has actually experienced the greatest reduction in meth crimes, arrests, and people seeking treatment for meth addiction. In Mexico, as mentioned in the article, they are using an old method of making meth that produces meth only half as potent as meth made from PSE. Mexico banned PSE in 2007, as are many other Central and South American countries. And what has been the impact in Oregon, Mississippi and Mexico? No public outcry, no one dying from a running nose, healthcare costs have NOT increased, the price of PSE has not increased, there has not been a run of doc offices or emergency rooms, etc. People making such unsubstantiated claims are speculating or buying the propoganda of Big Pharma who makes a billion dollars each year selling PSE – most of which is being used to make meth – that’s called being in the drug business!

So, no thanks to your inconvenience, Debra. I really don’t care.

I do care about Americans becoming addicted to Methamphetamine, committing crimes and the other social costs of this drug.

Here is some information for my readers:

Oregon and Mississippi require a prescription for the purchase of products containing pseudoephedrine,[31] which has contributed to “the steepest decline in crime rates in the 50 states” in Oregon, and “the number of meth labs in [Mississippi] has fallen by 65 percent.”[32] Oregon also has had tremendous success in reducing the number of methamphetamine lab seizures from 467 in 2004, (the final full year before implementation of the prescription only law),[33] to a new low of 12 in 2009.[34] Some municipalities in Missouri have enacted similar ordinances, including Washington,[35] Union,[36] New Haven,[37] and Cape Girardeau.[38] Certain pharmacies in Terre Haute, Indiana do so as well.[39]

Another popular approach to controlling the drug on the state level is the use of electronic tracking systems, which require the electronic submission of specified purchaser information by all retailers who sell pseudoephedrine. Several states that have implemented tracking systems are: Tennessee, Kentucky, and Oklahoma.[40] These states have had mixed results in reducing the number of methamphetamine laboratory seizures in their states. Prior to implementation of the system in Tennessee in 2005, methamphetamine laboratory seizures totaled 1,497 in 2004, but were reduced to 955 in 2005, and 589 in 2009.[34] Kentucky’s program was implemented statewide in 2008, but since statewide implementation, the number of laboratory seizures has actually increased.[34] Oklahoma initially experienced success with their tracking system, after implementation in 2006, as the number of seizures of dropped in that year and again 2007, but in 2008 however, seizures began rising again, and have continued to rise in 2009.[34]

And, here are the requirements of the Combat Methamphetamine Act of 2005 (CMEA):

Congress passed the Combat Methamphetamine Epidemic Act of 2005 (“CMEA”) as an amendment to the renewal of the USA PATRIOT Act. Signed into law by president George W. Bush on March 6, 2006, the act amended 21 U.S.C. § 830, concerning the sale of pseudoephedrine-containing products. The law mandated two phases, the first needing to be implemented by April 8, 2006 and the second phase to be completed by September 30, 2006. The first phase dealt primarily with implementing the new buying restrictions based on amount, while the second phase encompassed the requirements of storage, employee training, and record keeping.[30] Though the law was mainly directed at pseudoephedrine products it also applies to all over the counter products containing:ephedrine, pseudoephedrine, and phenylpropanolamine, their salts, optical isomers, and salts of optical isomers.[30] Pseudoephedrine was defined as a “scheduled listed chemical product” under 21 U.S.C. § 802(45(A)). The act included the following requirements for merchants (“regulated sellers”) who sell such products:

In regards to the identification that may be used by an individual buying pseudoephedrine products the following constitute acceptable forms of identification: