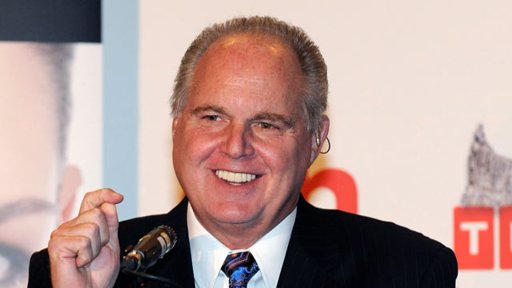 I don’t think this will hurt Rush Limbaugh or the Premiere Radio Network financially. Here is the network’s statement:

“Premiere Networks is committed to providing its listeners with access to a broad range of opinion and commentary without condoning or agreeing with the opinions, comments or attempts at humor expressed by on-air talent. We respect the right of Mr. Limbaugh, as well as the rights of those who disagree with him, to express those opinions.”

The statement continued, “The contraception debate is one that sparks strong emotion and opinions on both sides of the issue. Last week, in an attempt at absurdist humor to illustrate his political point, Mr. Limbaugh used words that unfortunately distracted from the message he was trying to convey. We believe he did the right thing on Saturday, and again on his radio show on Monday, by expressing regret for his choice of words and offering his sincere and heartfelt apology to Ms. Fluke.”

The LEFTIST site think Progress is driving the boycott and have a revised list.

Now, I am not calling for a boycott of these companies. But, it is obvious that the LEFT is trying to drive Rush Limbaugh off of the airwaves or at least to keep this flap alive for political advantage. Of course, the LEFT reeks of hypocrisy.

I believe RIGHT arguments will win over LEFTIST Saul Alinsky tactics. More speech and discussion is always better than less.

Targeted boycotts against companies sponsoring LEFT and RIGHT commentary type programs, suppress speech and discussion. Plus, it deprives businesses from exposure to large groups of people.

However, I, also, feel that the RIGHT has been disproportionately subjected to these type of boycotts and should NO longer tolerate them.

Professor Jacobson has a novel approach regarding Carbonite, the online back-up company.

A special Focus Page has been created as a place at which readers can post information and links documenting whether Carbonite is advertising on programs and venues (including websites) which have engaged in personal attacks or uncivilized discourse.  This is a sunshine project, not a boycott.  Whether a consumer chooses to use Carbonite or a publisher accepts advertising from Carbonite is not a concern of this project.  We do not seek to have Carbonite stop advertising anywhere, and would have preferred that it live up to its original statement of keeping politics out of its advertising.  When will the project end?  When Carbonite lives up to its own standards.

Rush Limbaugh will replace those advertisers that will leave because of this flap. I would not be surprised if some of them return eventually when the heat is off. However, I would also not be surprised that some of these companies will be asked to take a hike by other RIGHT radio networks.