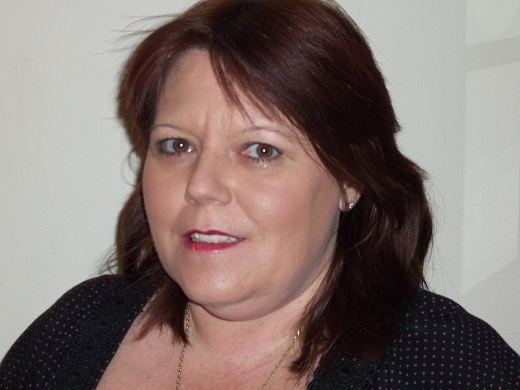 Daughter of retired California State Senator Cathie Wright will offer new and bold solutions that restore the power to the people.

Cathie a single, divorced mother is throwing her hat into the 25th congressional race against incumbent Rep. Buck McKeon and Dante Acosta a Gold Star Father, both fellow Republicans. Cathie has a Bachelor Degree in Criminal Justice (Homeland Security and Cyber Crime) and is currently finishing up on her Masters in Criminal Justice Administration and Security.

Cathie was raised in Simi Valley and worked at Von’s for 21 ½ years (her first job) before becoming permanently disabled and unable to return from a medical leave of absences. Like her mother, Cathie believes that a civil servant should not become a millionaire off the backs of tax payers.

Cathie states “I offer something that no other candidate does in this race or any race in the country and it is bold solutions that would restore our country to being facially sound again.”

Wright who prides herself on being an out of the box thinker stated at the Los Angles County GOP Endorsement Convention “The time has come for our country to take the bold steps necessary to restore the power back to the people of this great country. At one time there was talk of developing a second Internet, I say we develop a second Internet for our government to use only, but when we do so we also create a Virtual House and Virtual Senate, keeping our congressmen/congresswomen and senators in their home districts, doing all of their work via the virtual environment.” Wright added “When we do this we get some unique results. First our elected leaders will not suffer from the disconnect they do today, as they will no longer need to travel to Washington D.C., except to be sworn into office or for the Presidential State of the Union. The savings would be close to a half a trillion dollars off of current spending levels, not of future increased spending levels. Second not even Bill Gates or the Apple Corporation will be able to afford to lobby all 547 offices across the United States, West Coast to East Coast, Alaska, to Hawaii. This will really put the power back into the hands of the people. And last, no president will ever again be able to make an out of session appointment circumventing the confirmation process.”

Cathie has a passion similar to her mother’s and promises if she is honored with being elected her constituents will always have a number to reach her personally, or leave a message for her ears only. “We need leaders like my mother; too many of the ones we have are more concerned with their own gains then in taking care of all of their constituents.”

Cathie along with her daughter take care of her mother who suffers from Dementia broke down in tears as she took the oath for office, “I only wish my mother could be here by my side.”

I have known the senior, former Senator Cathie Wright for decades and I am sorry about her health problems.

Senator Wright was a tireless POL for Simi Valley and I always found her accessible. She was especially receptive to input from the dentists in Simi Valley and Thousand Oaks.

Cathie, Jr. has an uphill battle in this Congressional race.

She will be running against a long-time incumbent Rep. Buck McKeon who is also the House Armed Services Committee Chairman. Buck will have over a $1 million of campaign cash to throw into this top two California primary and general election race.

Does Cathie have a chance?

Rep. Buck McKeon has some ethics problems in paying his wife, Patricia (also running for the California Assembly) to be his campaign aide or treasurer and has been involved in a Countrywide Financial Home Loan Scandal.

In this California top two election environment, it will be Cathie’s job to win enough votes in the June Primary election to finish at least second. With her name identification in Simi Valley (20 per cent of the Congressional District), she might just be able to do so.