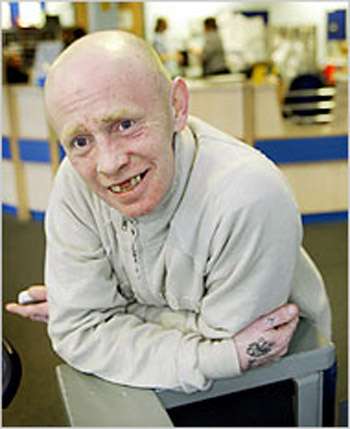 William Kelly, 43, extracted part of his own tooth, leaving a black stump. He plans to pull one more.

So claims the Liberal Party in the United Kingdom.

Thousands of Britons are having teeth needlessly pulled out, it was claimed yesterday.

The number of extractions has soared by 30 per cent in four years, according to figures obtained by the Liberal Democrats.

The party claims this demonstrates how much dental care has deteriorated under Labour, leaving thousands missing out on treatment that could save their teeth. More than 175,000 Britons had their teeth extracted under general anaesthetic in 2007/08, up 40,000 on the 2003/04 figure, a parliamentary answer revealed.

If indeed true, is that what American dentistry has to look forward under an Obama socialized health care framework? Or is this indicative of only the botched National Health Service dentistry system of the United Kingdom?

Certainly, an extraction is cheaper than a root canal, build-up and crown but at what price to the person’s health and self-esteem? But, if the government is paying the price, should the people NOT pay for the cheapest of care?

Who will draw the line and make the decision as to who receives what? Hypocritical Prime Ministers?

The United Kingdom is painfully working its way out of socialism towards a private system for dentistry.

For now, they have the worst of both worlds.

The people should insist on immediate reform, transition towards private dentistry and a government safety net for the poor disabled and infirm.