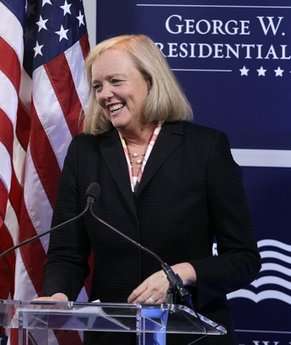 
Former Republican gubernatorial candidate Meg Whitman said Tuesday that her party must change its approach on immigration if it wants to be successful in California.

3 thoughts on “Meg Whitman: GOP Must Change its Approach on Immigration”