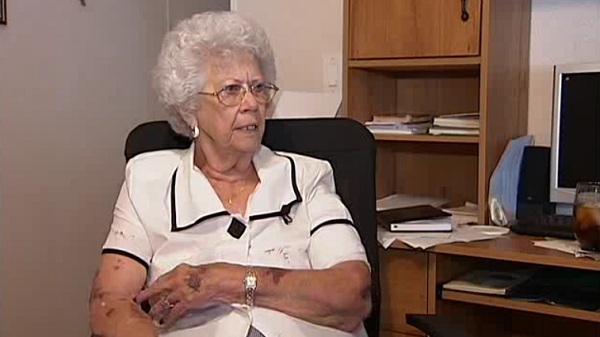 Good grief, what a moron.

A Florida dentist is facing assault and battery charges after he allegedly tussled yesterday with an 85-year-old patient over her dentures, police report.

According to cops, Michael Hammonds, 57, was attempting to adjust Virginia Graham’s “lower partial dentures” when the senior citizen “began screaming” due to pain caused by the ill-fitting false teeth.

“Graham removed the partials from her mouth and threw them at Hammonds, which he caught,” according to a Volusia County Sheriff’s Office report.

When Hammonds refused Graham’s demand for a $900 refund, she tried to snatch the dentures from the dentist’s hand, prompting a “brief tug-of-war.” At that point, “Graham then bent down and bit Hammonds hand forcing him to let go of the partial.”

Graham then got out of the operating chair and sought to leave Hammonds’s Deltona office. But the dentist “got in her face and began screaming at her, causing her to fear that he would potentially cause her harm,” investigators reported. Graham told deputies that Hammonds physically kept her from leaving his office. She “made one final attempt to leave by trying to climb over the receptionist desk and out the receptionists window,” but abandoned that bid in order to avoid injury.

Sheriff’s deputies observed “multiple bruising” on Graham’s upper arms and forearms, and her “left upper arm was bleeding due to her skin tearing when Hammonds grabbed her arm.”

Investigators–citing the “totality of the circumstances of Graham being 85 years of age” and “Hammonds depriving her the free will” to leave the office–arrested the dentist on a variety of felony charges, including assault, battery, and false imprisonment.

Hammonds was booked yesterday afternoon into the Volusia County jail, and later released after posting $4000 bond.

Here is a photo of the dentist, Dr. Michael Hammonds: 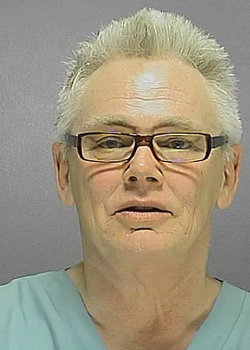 The dentist as it turns out has a history of violence  according to some of his patients.

Aniseto Morales and his wife went to Elkcam Dental back in November after a crown they paid $1,300 for broke. They say the dentist office would not fix the work that was only a few months old. And the couple claims they were suddenly attacked by Dr. Hammonds.

“He came running out like a maniac, grabbed him by the neck and, I’m scared,” said Gladys Morales, patient’s wife.

WFTV spoke with another person who said he was verbally assaulted by the dentist and then pushed out of the office, while he was on crutches.

Neither incident had enough evidence to warrant criminal charges, but they have all come forward after they saw what happened to 85-year-old Virginia Graham.

His dental license has also been suspended in the past.

Dr. Michael Hammonds has been suspended for performing an improper root canal, failing to provide proper dentures to a patient, and then in 1997 he was sentenced to 33-months in prison for 10-counts of tax evasion. His license is currently active.

Here are links to State of Florida, Department of Professional Regulation, Board of Dentistry:

I don’ think Dr. Hammonds will be practicing dentistry in Forida or anywhere after he finishes his incarceration.