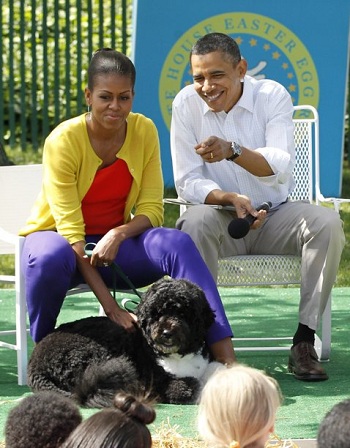 The Obamas and Bo, their dog – A Chilling Photo?

These are my links for April 18th through April 19th: