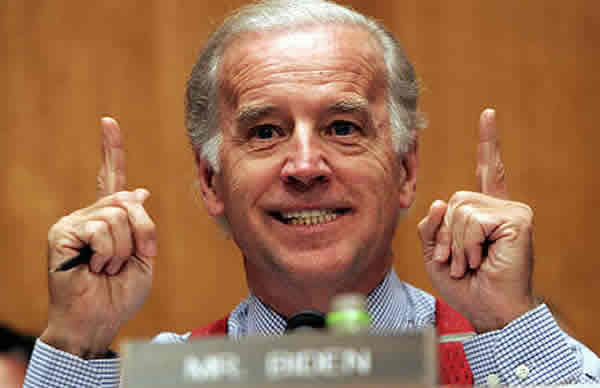 Joe Biden may not be much help to Barack Obama in key swing states this fall.

In a new USA TODAY/Gallup Poll, Americans split on whether they like or dislike the vice president – 42% said they had a favorable opinion, 45% said unfavorable – but the numbers are worse in key swing states.

The 12 swing states in the poll are Colorado, Florida, Iowa, Michigan, Nevada, New Hampshire, New Mexico, North Carolina, Ohio, Pennsylvania, Virginia and Wisconsin. These states are all considered too close to call for the November election.

According to the latest Gallup Poll on Vice President Joe Biden

Americans are about equally likely to have a favorable (42%) as an unfavorable (45%) view of Joe Biden, which has been the case for most of his tenure as U.S. vice president. Americans were much more positive than negative toward Biden from the time he was chosen as Barack Obama’s running mate through the first several months of the Obama administration.

The May 10-13 USA Today/Gallup poll marks the first time opinions of Biden have tilted negative since he became Obama’s vice presidential pick, but they are not materially different from the closely divided but still net positive ratings of Biden from October 2009-March 2011.

The current poll was conducted after Biden’s comments in favor of same-sex marriage on “Meet the Press” on Sunday, May 6 — comments that led to President Obama’s announcement that he too supported legalized same-sex marriage. The poll suggests those comments did not have a dramatic effect on how Americans view Biden.

Should President Obama begin to sink further in the polls, watch Joe Biden switch places with Hillary Clinton and become Secretary of State.

Hillary Clinton is much more popular than Biden, but the Vice President is popular among Obama’s Democratic base. Here is the breakdown by political party: