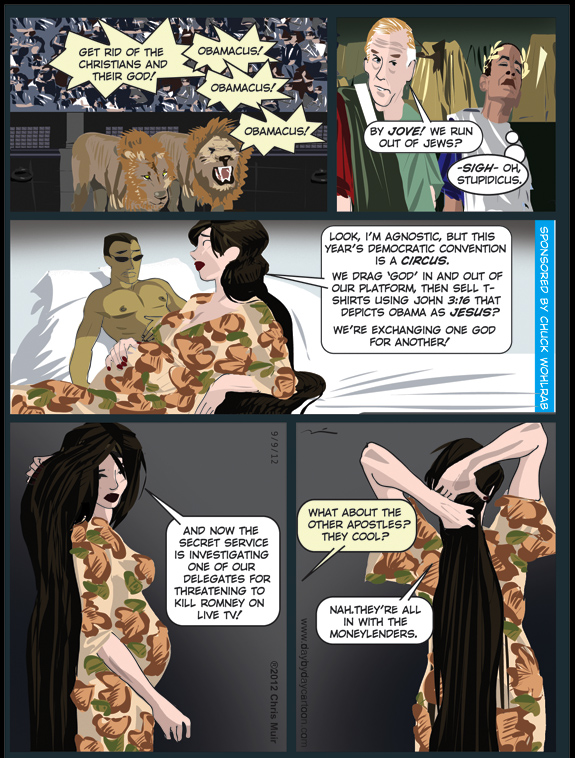 Day by Day by Chris Muir

Chris, the Democratic National Convention was a joke.

Besides the gaffes of taking God and Jerusalem as the capital of Israel out of their platform and then back into it, they added the long speech of the serial adulterer, and convicted perjurer, former President Bill Clinton.

But, did American voters buy the show?

Forty-three percent of Americans say what they saw at last week’s Democratic Convention makes them more likely to vote for Barack Obama — typical of what Gallup has measured for most conventions — and slightly better than the 40% reading for Mitt Romney and the recent Republican Convention. At the same time, a relatively high 38% of Americans say the convention made them less likely to vote for Obama, resulting in a net impact rating of +5, which is on the low-end of Gallup’s historical comparisons.

America may be in more trouble than it realizes….