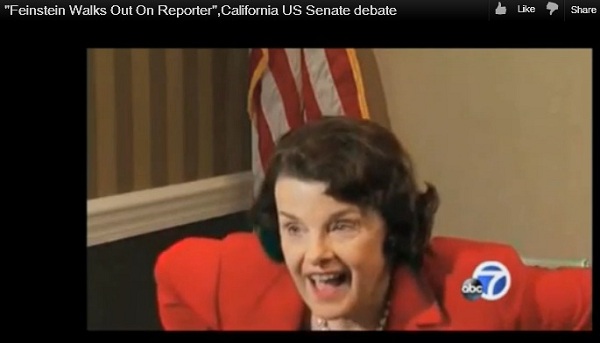 Well, Senator Feinstein doesn’t want to take a shoo-in campaign for re-election and turn it into a gaffe-fest.

Works for her – but pretty pathetic government in very blue California.

I thought the Senator was going to take the reporter’s shoulder off…..

One thought on “CA-Sen: Why Won’t Senator Dianne Feinstein Debate?”