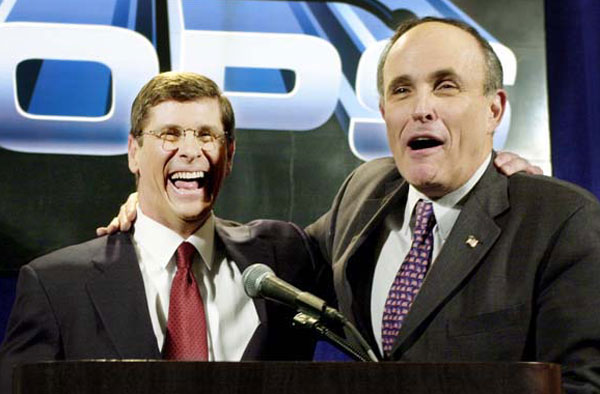 Robert Novak in the Evans-Novak newsletter is reporting:

California conservative Republican Bill Simon, the party’s nominee for governor in 2002, has begun building a network of support in the Golden State for the prospective presidential campaign of his old boss, former New York City Mayor Rudy Giuliani (R). Simon, son of the late secretary of the Treasury William Simon, was Republican nominee for governor of California in 2002. He was a prosecutor working for Giuliani, then U.S. attorney in New York City, in 1986-88.

Simon has been arranging get-acquainted meetings for Giuliani with prominent California conservatives to show them he is not all that liberal and really is a Republican.

Flap has been in contact with some folks that are working with Simon and Giuliani and will report as California campaign events unfold.