Rudy Giuliani called on The New York Times to allow the campaign to purchase a full page ad at the same discounted rate they provided MoveOn.Org for their â€œabominableâ€ ad attacking General Petraeus. 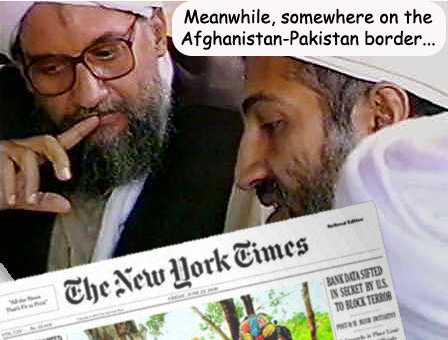 The New York Times dramatically slashed its normal rates for a full-page advertisement for MoveOn.org’s ad questioning the integrity of Gen. David Petraeus, the commander of U.S. forces in Iraq.

Headlined “Cooking the Books for the White House,” the ad which ran in Monday’s Times says Petraeus is “a military man constantly at war with the facts” and concluded – even before he testified before Congress – that “General Petraeus is likely to become General Betray Us.”

According to Abbe Serphos, director of public relations for the Times, “the open rate for an ad of that size and type is $181,692.”

A spokesman for MoveOn.org confirmed to The Post that the liberal activist group had paid only $65,000 for the ad – a reduction of more than $116,000 from the stated rate.

Left Wing Fringe Rag may be TOO mild of a term.