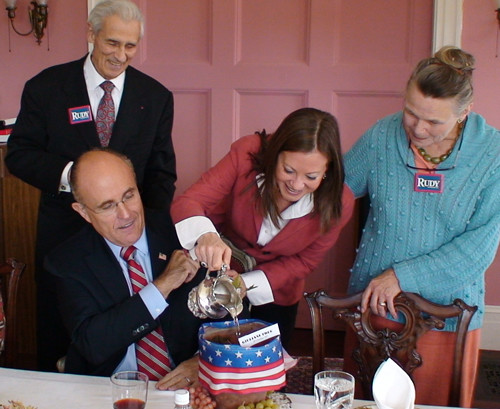 GOP front-runner Rudy Giuliani has new roots in New Hampshire, literally. As you can see, he and his wife, Judith, water the sapling given to them by backers Joseph and Augusta Petrone. They’re longtime Bushies who live on a prominent Dublin, N.H., property where former President Taft and Mark Twain planted trees. The couple say they won a promise from Rudy and Judith: to return and plant it if he wins the GOP nomination or presidency.

Thanks to US News for the catch.