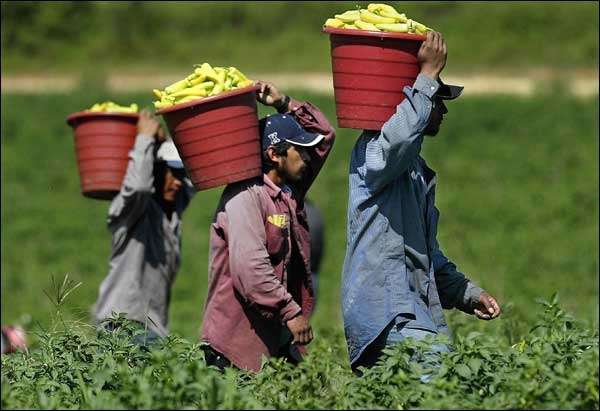 The ruling came down from SCOTUS this morning.

In a ruling that could exert pressure on Congress and other states, the court in what amounts to a 5-3 decision declared that Arizona’s law fits within the state’s powers and does not infringe on federal turf. .

“Arizona hopes that its law will result in more effective enforcement of the prohibition on employing unauthorized aliens,” Chief Justice John Roberts, Jr. wrote, adding that “the Arizona regulation does not otherwise conflict with federal law.”

The highly anticipated decision keeps intact the 2007 Legal Arizona Workers Act. Employers could have their business licenses suspended or revoked for hiring illegal immigrants, under the law.

The law also requires Arizona employers to use a federal program called E-Verify to check the immigration status of potential workers. Justices likewise upheld this provision, with Robert calling it “entirely consistent” with federal law.

The decision affirms the 9th U.S. Circuit Court of Appeals, which had likewise upheld the state law. It is a defeat for the politically powerful U.S. Chamber of Commerce and the Obama administration, both of which had opposed the Arizona law.

Now, the House needs to get busy in mandating E-Verify for all employment in the United States. Big corporate business have been dumping their employment problems on American taxpayers for decades and it is time to stop.

Want to bet that with E-Verify, there will be more jobs available for legal resident Americans?

And, if the Congress, does not act or President Obama vetoes the legislation, then the states should take up the issue and pass their own laws.