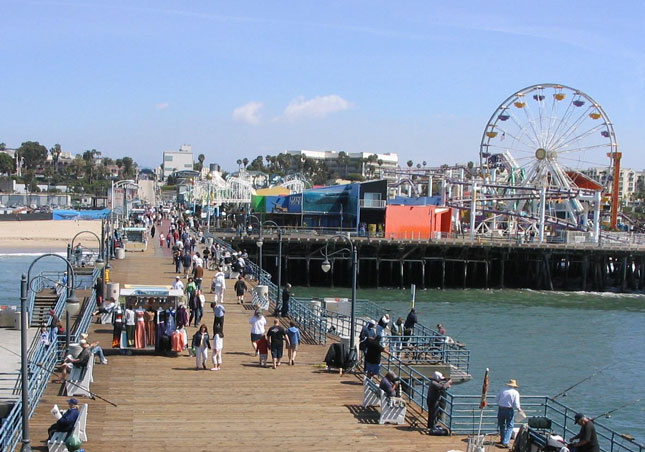 A Saturday collection of links and comments about my home, California.

The California Citizen’s Commission has released first drafts of maps for the 2011 statewide redistricting process.  These maps have been build through more than 30 public hearings, public testimony from thousands of individuals, and presentations of statewide plans from leading civil rights and civic organizations.

In the coming weeks these plans will be debated.  While the public process will not include partisanship, where incumbents live or what candidates could be running where, we believe this is an important piece of information for the media, public, and elected officials.

Throughout the California redistricting process, statewide plans will
be put forth by the Citizens Redistricting Commission as well as a
number of interest groups from across the state. As these plans are made
available, we will publish them here and provide a district-by-district
analysis based upon US Census Data as well as voter registration.

Analysis is available for the following plans:

California’s new voting districts could put Democrats within reach of as many as five more seats in Congress and enough in the state Legislature for the two-thirds majority needed to raise taxes, according to Democratic and Republican analysts.

Draft maps of the new political boundaries, drawn for the first time by an independent panel rather than party bosses, were released Friday and are expected to usher in the most dramatic shakeup of California’s state and federal offices in decades. Eventually, some powerful incumbents could lose their jobs.

“You’re looking at three to five Republican members of Congress that just kind of vanish,” said Matt Rexroad, a Republican political consultant in Sacramento who advises clients on redistricting. The prospect of Democrats securing two-thirds of both state legislative houses is “very much in play,” he said. No single party has held a supermajority in both the Assembly and Senate in many decades.

The maps are a work in progress, subject to change until the California Citizens Redistricting Commission’s Aug. 15 deadline to complete its task. It is charged with keeping together neighborhoods, ethnic groups, socioeconomic groups and other “communities of interest” without regard to their party registration or any risk to current officeholders.

Latino groups sharply criticized the proposed new districts, arguing that they would give one of California’s fastest-growing ethnic populations even less political power than it has now. Arturo Vargas, executive director of the National Assn. of Latino Elected and Appointed Officials and a veteran of reapportionment battles, called the new maps the “worst-case scenario for Latinos in California.”

Proposed redistricting maps released Friday would dramatically alter the face of the South Bay’s political landscape, eliminating two of the region’s congressional districts and once again linking the Palos Verdes Peninsula to its coastal neighbors.

The congressional district held by Republican Rep. Dana Rohrabacher would be completely contained in Orange County, forfeiting the Palos Verdes Peninsula to the neighboring district once represented by Rep. Jane Harman.

The new lines drawn by the California Citizens Redistricting Commission, based on 2010 census figures, also call for excising Carson from the district represented by Democratic Rep. Laura Richardson. That city would move into the area represented by Rep. Maxine Waters, who would forfeit Westchester and Playa del Rey under the new political boundaries.(…)

(…)Under the commission’s proposal, the Palos Verdes Peninsula would be moved into a congressional district that stretches from San Pedro to Santa Monica.

If approved, the area would encompass the homes of Republican Craig Huey and his Democratic challenger, Los Angeles City Councilwoman Janice Hahn, who are running for the congressional seat vacated when Harman stepped down earlier this year.

Huey does not live within the district’s current boundaries. Neither candidate could be reached for comment about the proposed maps.

“If Janice Hahn wins, it could be a good seat for her to keep,” Hoffenblum said. “It might not be a totally safe Democratic seat, but I think it could be tough for a Republican to win in a district like that.”