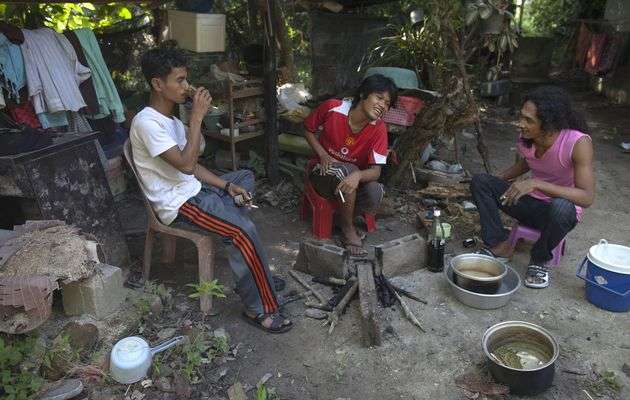 Not a good development.


“Over the past five years, ATS manufacture has spread to new regions which previously reported little or no manufacture,” the UN Office on Drugs and Crime’s 2011 Global ATS Assessment report said.

“ATS are attractive to millions of drug users in all regions of the world because they are affordable, convenient to the user and often associated with a modern and dynamic lifestyle.”

The UN’s last assessment on the illicit production and trade in ATS, including ecstasy and methamphetamines, was published in 2008.

The illicit manufacture of methamphetamines in South-East Asia has continued apace despite a significant rise in seizures from 32 million pills in 2008 to 133 million last year.

While Myanmar remains the main source of methamphetamine production, new bases have emerged.

Over the past five years, Indonesia has become a major producer of ecstasy, threatening to replace the Netherlands as the main regional supplier of the up-market party drug.

In Europe, there is growing evidence of the spread of methamphetamine production replacing less expensive amphetamines.

Illicit methamphetamine laboratories have been seized for the first time in Austria, Belarus, Lithuania, Poland and Portugal, according to the UN report.

“In Germany, more methamphetamine laboratories have been reported than amphetamine since 2008,” it said.

Africa, which appeared to have escaped the ATS menace for years, is now on the map.

The US government last year indicted members of a large international cocaine trafficking ring for alleged intent to establish a methamphetamine laboratory in Liberia.

As recently as June, a methamphetamine laboratory was discovered in Nigeria, on the outskirts of Lagos.

The question remains: Where are they getting the precursor chemicals to manufacture these amphetamine-type stimulants (ATS)? There are only nine manufacturing sites world-wide and can they not be tracked and shut down if they divert the chemicals?

Somebody is dropping the ball here or intentionally looking the other way.