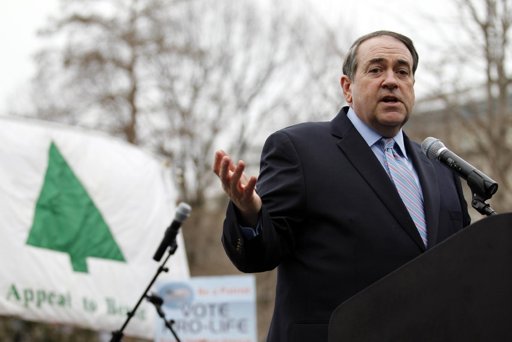 This endeavor sounds far superior than running for the Presidency.

Rush Limbaugh will soon have a new radio rival: Mike Huckabee, the former Arkansas governor who ran for the Republican presidential nomination four years ago and thought about running again this year.

Instead, he will be running a radio show weekdays from noon to 3 p.m. for Cumulus Media Networks. The company will announce “The Mike Huckabee Show” on Thursday and begin selling it to radio stations ahead of an April 2 start date.

Mr. Huckabee said he would continue hosting “Huckabee,” his weekend talk show on the Fox News Channel, as well as the short radio commentaries that Cumulus already distributes each day. Mr. Huckabee, who first worked in the radio business at age 14, said in a telephone interview that he was looking forward to the longer conversations that the three-hour radio format would allow.

If the radio show is embraced by stations and listeners, it will ensure that Mr. Huckabee remains heard by Republican voters for years to come. When asked if he would contemplate a presidential bid again, he began his answer by saying that the show was “an opportunity to comment on issues that are of great importance to me and, I think, the country.“

He continued, “If, a few years down the road, I see an opening, I don’t rule it out, but I’m not plotting a political return either.”

Well, Ronald Reagan forged his 1980 comeback from his 1976 loss by doing what?