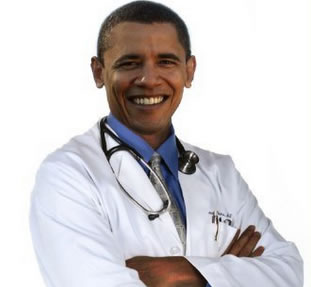 According to the latest Associated Press-GfK poll on ObamaCare.

Just a third of Americans back President Barack Obama’s health care overhaul on which the Supreme Court is about to pass judgment, a new poll finds. But there is overwhelming support among both supporters and opponents for Congress and the president to begin work on a new bill if the high court strikes down the 2-year-old law.

The overall level of support for the law is relatively unchanged in recent months, with 47 percent opposing it. But an Associated Press-GfK poll shows that only 21 percent of independents approve of the law, a new low in AP-GfK polling.

But, Americans desire reform of the health care system.

But whatever people think of the law, they don’t want a Supreme Court ruling against it to be the last word on health care reform. More than three-fourths of Americans want their political leaders to undertake a new effort, rather than leave the health care system alone if the court rules against the law, according to the poll.

Large majorities of both opponents and backers of the law share the view that Congress and the president should start anew. The lowest level of support for new health care legislation comes from people who identify themselves as strong supporters of the tea party. Even in that group, though, nearly 60 percent favor work on a new bill.

President Obama and then House Speaker Nancy Pelosi forced this law down the throats of the American people. Remember ObamaCare passed with NO Republican votes in the House or Senate.

Nobody and I mean nobody fully understand all of its provisions. The uncertainty has stifled employment and cost projections of the law’s impact scares business already slammed with the economic recession.

It is time to start over.

This time the Congress and President need to work together for incremental reform to benefit ALL Americans.