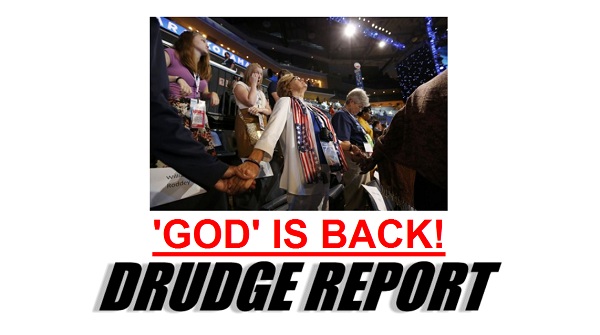 This is hilarious, if it wasn’t so outrageous – to think the mention of God was removed from the Democratic Party Platform in the first place.

This has become a disaster for the Democrats and a boon to the Romney campaign. The DNC has now added God back into their platform language after originally taking it out. They have also added language back in that says Jerusalem is the capital of Israel. When they tried to change the language on the convention floor, there were boos!

The Democrats are now the Godless party or at least, they were.

Who is orchestrating their convention, Joe Biden?