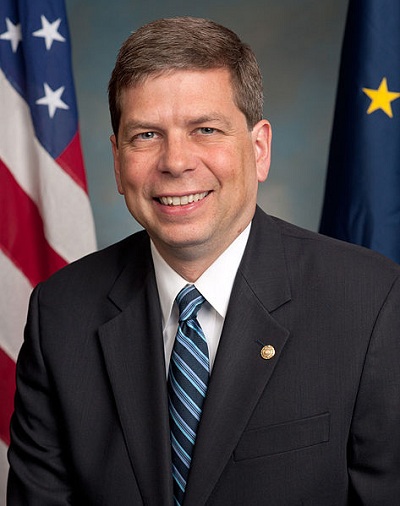 The U.S. Senate election of 2014 looks favorable for the GOP.

After losing two seats, newly-minted NRSC chairman Jerry Moran now needs to net six seats to win back control of the Senate.  The formula is simple, but challenging: Win six of the 7 Democratic-held seats in states Romney carried (Alaska, Arkansas, Louisiana, Montana, North Carolina, South Dakota, West Virginia), or expand their wiggle room by ousting a vulnerable Democrat like Minnesota Sen. Al Franken. Republicans hardly face any exposure: Even with prospective primary challenges, only Maine Sen. Susan Collins is even remotely at risk this cycle against a Democrat.  All told, the 2014 map is even more encouraging for Republicans, provided they land the right candidates.

And, the RIGHT candidates have already started lining up.

After the disaster of Todd Akin in Missouri and Richard Mourdock in Indiana, the NRSC is going to make sure they have good. solid and battle-tested candidates for office.

In Alaska, it looks like Alaska Governor Sean Parnell or Alaska Lt. Governor Mead Treadwell will challenge one term Senator Mark Begich who was elected over long-time Republican Senator Ted Stevens who was undergoing ethics charges (which were later proven false). This election was probably a fluke in very RED Alaska.

While Begich has tried to be a moderate Democrat, the D beside his name won’t be helpful – particularly when Harry Reid asks him for caucus votes this year.

Nearly the entire Arkansas Republican Congressional delegation – save for Rep. Rick Crawford – are considering campaigns against Sen. Mark Pryor, a moderate Democrat whose surname is nearly as storied in the state as the Clinton name.. (He’s the son of former Sen. David Pryor, who served the state as governor, senator and representative.)  Pryor was so untouchable six years ago that not a single Republican stepped forward to challenge him; he won 80 percent against a Green Party candidate.  Now Arkansas Republican wags expect a contested primary between multiple credible opponents, with Reps. Tim Griffin, Steve Womack and lieutenant governor Mark Darr looking like the leading contenders.  Griffin, just promoted to lieutenant colonel in the Army Reserve, has a compelling biography, but Womack hails from northwest Arkansas, the region with the most Republican votes in the state.

So, one has to wonder why Democrat Senate Majority Leader Harry Reid from Nevada is proposing changes in the Senate rules on the filibuster?

In just two years, Reid may be minority leader.