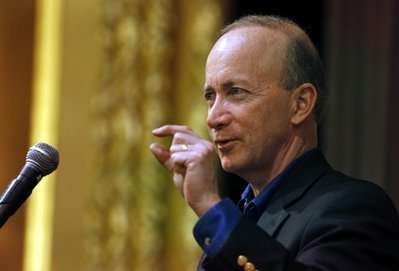 Four months after he decided against jumping into the Republican presidential race, Gov. Mitch Daniels of Indiana says that he has occasionally been frustrated by the discourse in the campaign and that the field could benefit from at least one more contender whose candidacy was rooted in a message of fiscal discipline.

The observations from Mr. Daniels come as he prepares this week to release a book, “Keeping the Republic: Saving America by Trusting Americans.” In the book, to be released Tuesday, he calls for a new Reconstruction period in the United States and proposes major changes to entitlement programs to help control the deficit and avert “the most predictable crisis we’ll ever face.”