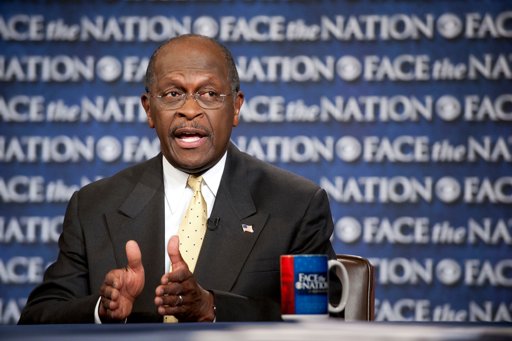 Here is a collection of stories that have appeared last night and this morning regarding the alleged charges of sexual harassment against GOP Presidential contender and businessman Herman Cain.

Then, you, the reader can weigh in, after my thoughts, of course.


During Herman Cain’s tenure as the head of the National Restaurant Association in the 1990s, at least two female employees complained to colleagues and senior association officials about inappropriate behavior by Cain, ultimately leaving their jobs at the trade group, multiple sources confirm to POLITICO.

The women complained of sexually suggestive behavior by Cain that made them angry and uncomfortable, the sources said, and they signed agreements with the restaurant group that gave them financial payouts to leave the association. The agreements also included language that bars the women from talking about their departures.


Calling the story “thinly sourced allegations,” Cain spokesman J.D. Gordon said: “Since Washington establishment critics haven’t had much luck in attacking Mr. Cain’s ideas to fix a bad economy and create jobs, they are trying to attack him in any way they can.”  Gordon did not address any of the specific allegations in the report.  Asked for a more specific answer, the campaign did not provide details.

Inside the Beltway media attacks Cain

Fearing the message of Herman Cain who is shaking up the political landscape in Washington, Inside the Beltway media have begun to launch unsubstantiated personal attacks on Cain.

Dredging up thinly sourced allegations stemming from Mr. Cain’s tenure as the Chief Executive Officer at the National Restaurant Association in the 1990s, political trade press are now casting aspersions on his character and spreading rumors that never stood up to the facts.

Since Washington establishment critics haven’t had much luck in attacking Mr. Cain’s ideas to fix a bad economy and create jobs, they are trying to attack him in any way they can.

Sadly, we’ve seen this movie played out before – a prominent Conservative targeted by liberals simply because they disagree with his politics.

Asked by Geraldo Rivera to deny the story multiple times during a five minute interview, Gordon repeatedly avoided the question and instead criticized the “establishment.”

Cain will be speaking to the American Enterprise Institute and the National Press Club today — as well as appearing on Fox News. If he doesn’t work up a better answer — and fast — he’ll be in serious trouble.


Now the Cain campaign has taken the next step, confirming to the Associated Press that it is now denying the story. Gordon issued this statement:

Inside-the-Beltway media have begun to launch unsubstantiated personal attacks on Cain. Dredging up thinly sourced allegations stemming from Mr. Cain’s tenure as the Chief Executive Officer at the National Restaurant Association in the 1990s, political trade press are now casting aspersions on his character and spreading rumors that never stood up to the facts.
This is really great stuff, the sort of spin that makes a media blogger happy to be on shift on a Sunday night. Take a look for a minute at the whole notion that the Politico story was “thinly sourced.” At first blush, it appears to be a fine talking point for the Cain campaign. After all, there are indeed plenty of anonymous sources in the story, alleged harassment victims bound by nondisclosure agreements and other folks who didn’t want their names used.

Yet who was the most authoritative, on-the-record source? Republican presidential candidate Herman Cain. He was the guy who said he was ”vaguely familiar” with the allegations. When a guy running for president says he has a vague recollection of something bad that happened in the past, he has a stupendous recollection of the event. That’s just the rounding error for politicians.

So if the Politico story is “thinly sourced,” it’s so only because it’s main, on-the-record source has very little credibility.


Republican presidential candidate Herman Cain is denying allegations that he had been accused of sexual harassment when he was head of the National Restaurant Assn.

The allegations were revealed Sunday night in a report by Politico. Cain had refused to comment on the charges when approached by Politico earlier in the day.

“Inside-the-Beltway media have begun to launch unsubstantiated personal attacks on Cain,” Gordon said in a written statement to the Associated Press. “Dredging up thinly sourced allegations stemming from Mr. Cain’s tenure as the Chief Executive Officer at the National Restaurant Association in the 1990s, political trade press are now casting aspersions on his character and spreading rumors that never stood up to the facts.”

Asked by the AP if the campaign was denying the report, Godon said, “Yes.”

If left unrefuted, allegations of past sexual harassment will surely sink Cain’s campaign. Cain’s response to the charges so far has been to deflect, not deny them. Reached for comment by Politico, Cain said he would not comment “until I see some facts or concrete evidence.” Given the name of one of the women involved, Cain said, “I am not commenting on that.” Asked point blank, “Have you ever been accused, sir, in your life of harassment by a woman?” Cain only answered with a question, “Have you ever been accused of sexual harassment?”

Cain’s campaign later issued an official response to the story, but it was a classic non-denial denial. The statement,issued by spokesman J.D. Gordon, calls the Politico story “thinly sourced” but never specifically denies the charges.

The Associated Press followed up with Gordon and pressed him for a firm denial. This is the best they got from him: “These are baseless allegations. To my knowledge, this is not an accurate story.”

Notice the qualifier: “To my knowledge.” Gordon did not say that he had talked to Herman Cain and that Cain denied the story. Just that, to his knowledge, Gordon did not think it was true. This is another insufficient response.

Cain is supposed to visit the American Enterprise Institute to stump for his 9-9-9 tax plan today, and is also scheduled to speak at a luncheon at the National Press Club. Unless Cain wants the rest of his campaign to be about sexual harassment, he must directly answer these charges as soon as possible.

The Herman Cain harassment story: How bad is it for him?


Predicting how stories like this one will play out are virtually impossible. (We still remember well when we genuinely thought South Carolina Gov. Mark Sanford was hiking the Appalachian Trail.)

“Bill Clinton’s campaign survived this and much worse,” said Ari Fleischer, a Republican strategist and former White House press secretary. “Plus, the normal rules don’t seem to apply to an outsider like Cain.”

At a minimum, the story will serve as a week-long (and probably longer) distraction for Cain, who was hoping to use the next few weeks to prove to the political class he could raise the money and put together the sort of organization that could make him a real rival to former Massachusetts governor Mitt Romney.

“A good campaign can usually weather a story like this if they get in front of it, and deal with it quickly and forthrightly,” said Todd Harris, a veteran Republican operative. “So far at least, that’s not what Cain is doing.”

Can Cain overcome these allegations?


Penny Nance, head of the conservative Concerned Women for America, is demanding answers. She told Politico: “I think Herman Cain needs to directly answer the question. “Early in my career I resigned from a trade association for the exact same reason and with no financial settlement. I simply found another job. . . . Therefore, I know in a very personal way that sexual harassment exists and that it’s demeaning and painful. It should never be tolerated in the workforce and certainly not the White House.” I imagine a great number of GOP voters, especially social conservatives, would agree.

To the extent Cain never expected his campaign to take off, you could understand him entering the race with this issue lurking in the past. But once he began to contend seriously for a top spot, shouldn’t he have been better prepared to deal with this? (Politico says it discussed the allegations with Cain over a 10-day period.) Once again many GOP insiders can only marvel that he’s gotten to the top of the polls.

A neutral political pollster and analyst e-mailed me to say that if the allegations are true, “then a quick confession is good for the soul .?.?. and a political campaign. Avoid the drip, drip, drip. Voters have proven they’ll forgive.”

A supporter of another candidate mused that such an issue can be overcome if a campaign has the right people and strategy in place. He doubted, however, that Cain has either.

Cain will need to respond on the merits of the claims, most likely today, either at a program at the American Enterprise Institute or in his National Press Club appearance. It is true that voters may forgive much about a candidate’s past. But they have proven unwilling in most instances to tolerate lying. Cain should get out what he has to say quickly, truthfully and completely.

If the allegations are true, and/or voters don’t believe Cain, where could his voters go? Well, there is already evidence that Newt Gingrich is rising. But at least in Iowa one must consider the strong social conservatives Rep. Michele Bachmann (R-Minn.) and Rick Santorum, who have hammered home their values issues, to be the immediate beneficiaries.

Meanwhile, Mitt Romney doesn’t much care if Cain declines and Bachmann, Gingrich, Santorum or even Texas Gov. Rick Perry rise a bit. So long as Romney’s share of the vote remains about 25 percent and those candidates to his right are carving up over 60 percent of the vote, he stands a good chance to win in Iowa and go on to the nomination.

Speaking of Iowa, one GOP official there, reacting to yesterday’s Des Moines Register poll, was already doubtful before the Politico story broke that Cain could keep up his momentum. He e-mailed me: “This is Cain’s peak. There is no way he can organize 1,784 precincts in the next 64 days. He hasn’t shown a willingness to campaign here.” As for Romney, he observes, “Romney still has a ton of good will from his visits, time and resources invested here 4 years ago. The narrative that Romney hasn’t been here is a false one, but none-the-less, helps downplay expectations here, so [the Romney team] won’t push back on it.”

If Cain — because of the Politico revelations or for other reasons — begins to tumble, those in the Romney camp wanting to make a full-court press to win Iowa may have the upper hand. Remember, if Cain only loses 10 percent of his base, Romney, according to current polling, would eke out a win.

The question for the day will be: Can Cain beat back the Politico story? If he can, he gains strength. If he can’t, the most volatile GOP presidential primary race in recent memory will get even more volatile.

Herman Cain is now speaking at the American Enterprise Institute and you can watch him here.

Herman Cain will have to answer these charges and answer them quickly. If not, as a candidate running as a social conservative, he will be done.

Maybe, but probably doubtful, if there was a settlement with the aforementioned women.

I will write more after Herman Cain directly answers questions at an upcoming interview with Fox News – after the AEI interview.