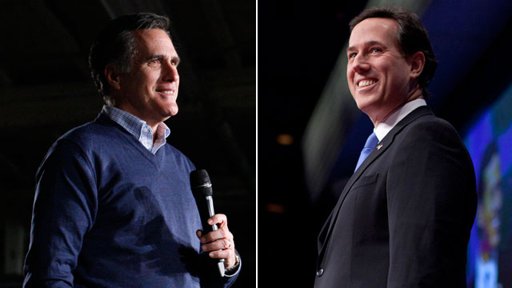 Follow the bouncing ball. Former U.S. Senator Rick Santorum has now bounced to a 12-point lead over Mitt Romney in the race for the Republican presidential nomination.

The latest Rasmussen Reports national telephone survey of Likely Republican Primary Voters finds Santorum with 39% support to the former Massachusetts governor’s 27%. Former House Speaker Newt Gingrich follows from a distance with 15% of the vote, and Texas Congressman Ron Paul runs last with 10%. Three percent (3%) like some other candidate in the race, and six percent (6%) are undecided.

This race is almost becoming interesting.

But, will Romney go “NUCLEAR” against Santorum and allow Gingrich to regain the anti-Romney mantle?