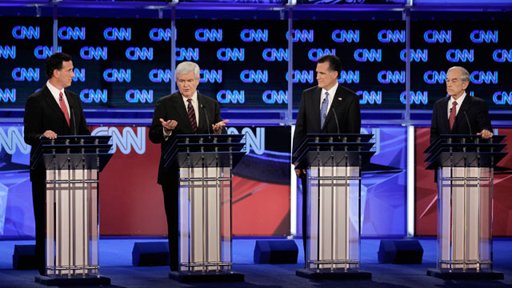 Well, perhaps – The debate will be the last one before Super Tuesday.

It’s been 26 days since the candidates left the stage at the last CNN debate in Jacksonville, Florida, and the growling hunger pangs of the media have grown louder even as the candidates grow weary.

There have been 19 Republican presidential debates so far, and while some may have debate fatigue — including a few candidates — the forums have nevertheless proved to be illuminating experiences. They have garnered sky-high TV ratings and have become “event” television. They have helped to define several candidates while others fall from grace in front of the live cameras.

The debates return Wednesday night in Mesa, Arizona, as CNN partners with the Republican Party of Arizona to bring America the final debate before Super Tuesday, and what may be the final debate of the season.

The debate will be at 5 PM Pacific time on CNN.

The debate Twitter hashtag is #CNNDebate and I will be proving my comments @Flap.

One thought on “President 2012: GOP Debate in Arizona Tonight – A Season Finale?”