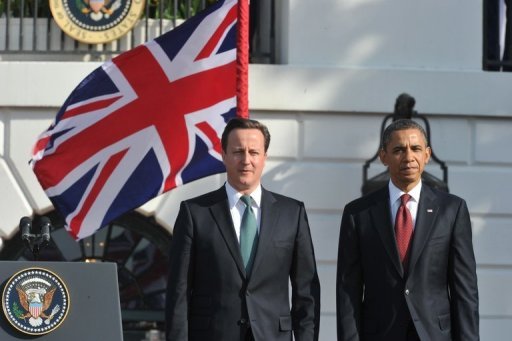 According to the latest PPP poll.

Whoever the Republican nominee is Barack Obama has an advantage over him right now. Obama leads Romney by 3 points, 49-46. That’s up from a 1 point lead a month ago. And Obama’s ahead of Santorum by 5 points, 49-44. That’s up from a 2 point lead in February. Obama’s up 48-41 on Ron Paul and 51-42 on Newt Gingrich.
Obama’s breaking even on his approval numbers in the state with 49% giving him good marks and 49% poor ones. This is the first time since last June Obama hasn’t been under water in North Carolina. Obama hit a low water mark in September 43/53. He’s seen modest improvement with Democrats and Republicans since then, but the really big shift is with independents. He’s gone from 31/62 with them to 46/51- they’re still not fond of him but he’s coming a lot closer to breaking even now than he did six months ago.

Part of Obama’s good numbers in North Carolina are a function of his own improved popularity, but he’s also benefiting from the poor image of his opponents. As we’re finding in most swing states Mitt Romney is very unpopular with only 31% of voters seeing him favorably to 56% with a negative opinion. Rick Santorum doesn’t do much better- his favorability spread is 36/52.

In this key battleground state, the GOP candidates are under-performing against a weakened incumbent President.