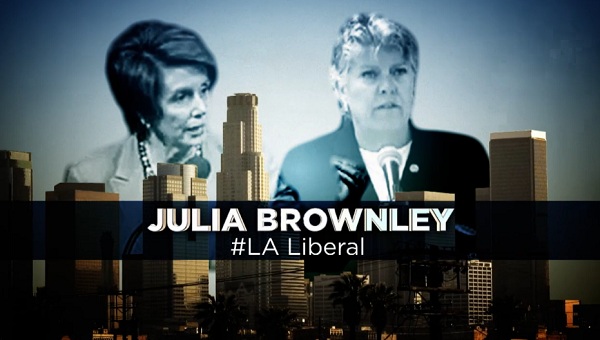 The Ventura County Cable television wars for the California Congressional District 26 have begun.

As you recall CA-26 features Republican California State Senator Tony Strickland versus Democratic Assemblywoman Julia Brownley. The Congressional District is a very “balanced” district and is competitive in the number of registered Republicans and Democrats. The seat of retiring GOP Congressman Elton Gallegly (essentially his seat with redistricting changes and numbering) will be highly contested in an expensive and nasty campaign.

This is an ad that carries a number of themes and images – positive for Strickland and negative for Brownley – naturally.

Julia Brownley is a left-wing Democratic Assemblywoman who until recently lived in Santa Monica. She got her start in politics by winning a seat on the Santa Monica-Malibu Unified School District Board of Education. She served three terms.

Julia Brownley when she filed to run for CA-26 a few months ago moved to Oak Park in Ventura County from her home in Santa Monica (outside the Congressional District).

Is Brownley a Los Angeles or LA Liberal?

More like a Santa Monica liberal – but nevertheless, close enough. Strickland successfully portrays Brownley as the “carpetbagger” that she is.

Then, there are the other issues and themes raised in the spot. The DCCC has already raised them in their post yesterday.

I will get into the weeds of their critique tomorrow.

Let me know in the comments below, what you think of the ad.