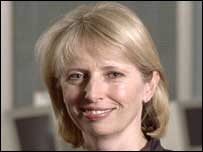 2 thoughts on “Politician Calls Out a Dentist Over NHS failures”