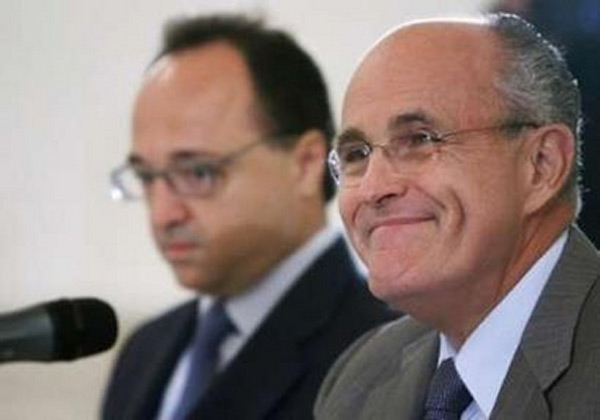 Giuliani leads Clinton 47% to 43% in the latest poll. Thatâ€™s very similar to the 48% to 43% lead he enjoyed in late November. When matched against Gore, Giuliani now leads 46% to 43%. In November, he also enjoyed a three-point lead over the Democratsâ€™ Election 2000 candidate.

Against either Democrat, Giuliani leads among men but trails among women. The two Democrats lead among voters under 30, but trail among other age groups.

Gore is now viewed favorably by 50% of Americans and unfavorably by 49%. Thatâ€™s a bit better than in earlier surveys. For Clinton, the numbers are now 48% favorable and 50% unfavorable, a bit weaker than the last time we checked.

Neither Democrat comes close to Giuliani on the favorability scale. The man sometimes known as â€œAmericaâ€™s Mayorâ€ is viewed favorably by seven out of ten Americans (71%).

Rudy leads in the Republican primary election polls as well.

So, onto New Hampshire for Mayor Giuliani:

Rudy Giuliani will pay a visit to first-in-the-nation primary state New Hampshire at the end of next month, part of his initial foray as he mulls a run for the White House in 2008, officials told The Post.

Full speed ahead for the Mayor’s campaign. After a successful fund-raising effort this week in New York, Giuliani is off to convert the cash into organization and votes.

Linked to Outside the Beltway

Cross-Posted to the Giuliani BlogÂ