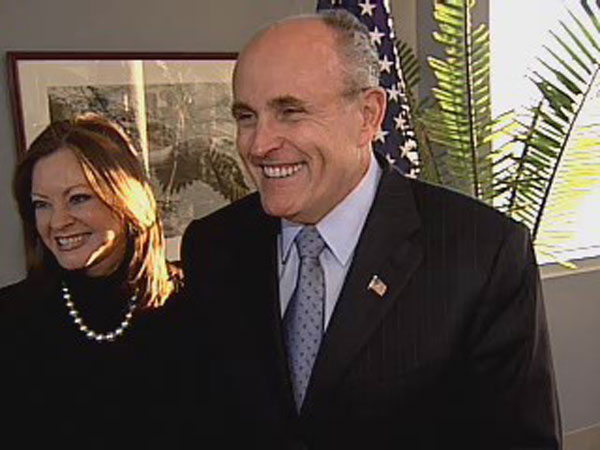 Rudy Giuliani and his wife Judy Nathan speak to a reporter in Bretton Woods, New Hampshire

Giuliani Says Bush Iraq Plan Should Be Given A Chance

Mayor Giuliani will be in New Hampshire this weekend.

Tonight he will be speaking before the Littleton Area Chamber of Commerce and tomorrow he adrdesses the New Hampshire State Republican Party’s Annual Convention.

During an interview today, America’s Mayor commneted on the Iraq War and President Bush’s plan to increase the number of troops:

“I think that we’ve got to give it a chance,” Giuliani said. “I think we’ve got to try to come out of Iraq with a situation where there’s stability, where we don’t make things worse.”

Giuliani said that he also believes the Iraqi government should take more charge of the situation.

“I think we’ve got to be really careful, and we have to introduce accountability and require the Iraqi government to do the kind of job in Baghdad that they’re supposed to do, with us supporting them and pushing them,” he said.

While John McCain is self-destructing and being attacked by the Democrat National Committee, Rudy Giuliani delivers clear and concise leadership. 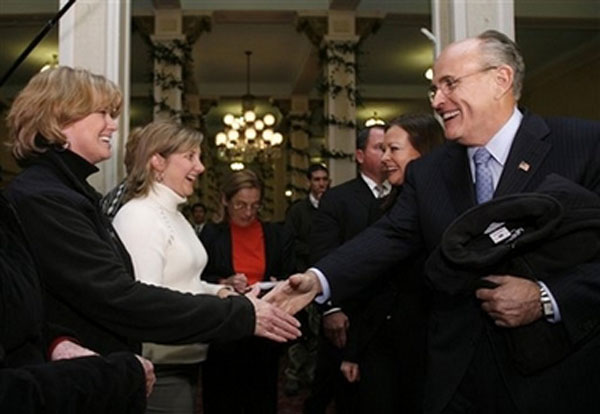 Rudy Giuliani Watch: What Does a Mayor Know About Iraq?