Byron York of National Review: The Democratic Debate: What, Us Weak on Defense?

On Tuesday, Republican presidential candidate Rudy Giuliani accused his Democratic opponents of being weak on terrorism. â€œThe Democrats do not understand the full nature and scope of the terrorist war against us,â€ Giuliani said. On Thursday, at their debate in Orangeburg, South Carolina, two of the three leading Democratic candidates did their best to prove Giuliani right.

And here is what Rudy said:

And reiterated his speech on the Sean Hannity Radio show:

Read all of York’s piece.

Flap looks forward to the campaign against the “SURRENDER MONKEY” Democrats.

Weak on defense…….that is just the start. 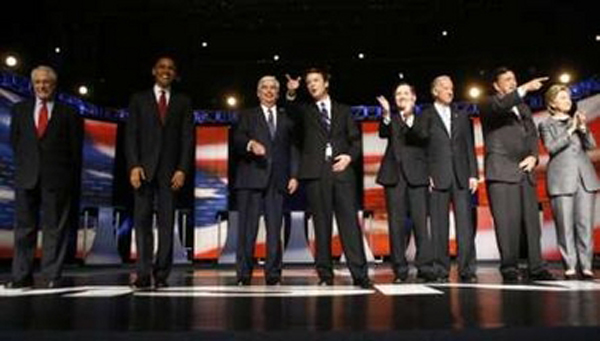