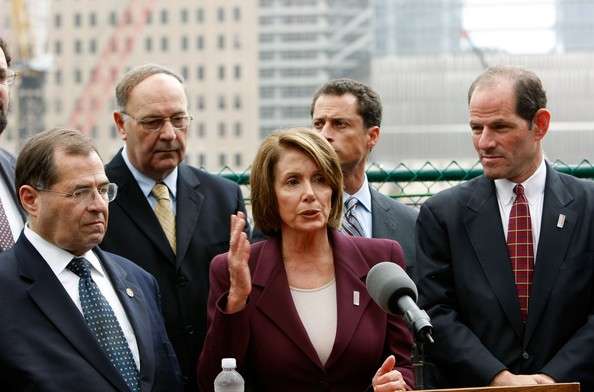 Who will be the first Dem to throw Weiner under the bus?

House Minority Leader Nancy Pelosi (D-Calif.) and Rep. Steve Israel, the chairman of the Democratic Congressional Campaign Committee, are calling for an investigation into Rep. Anthony Weiner (D-N.Y.) over the series of sexually explicit conservations and lewd photos he exchanged with a half-dozen women during the last several years.

“I am deeply disappointed and saddened about this situation; for Anthony’s wife, Huma, his family, his staff and his constituents,” Pelosi said in a statement released on Monday night.

“I am calling for an Ethics Committee investigation to determine whether any official resources were used or any other violation of House rules occurred.”

Israel added: “Congressman Anthony Weiner engaged in a deep personal failure and inappropriate behavior that embarrassed himself, his family, and the House. Ultimately, Anthony and his constituents will make a judgment about his future .

“To remove all remaining doubt about this situation, I agree with Leader Pelosi’s request that the House Ethics Committee use its authority to begin an investigation.”

It won’t be long before Weiner is shown the door by his fellow Dems. If not, the liability he will have for the Democrats going into an election year will sink many ships. Can you imagine the Congressional television ads?