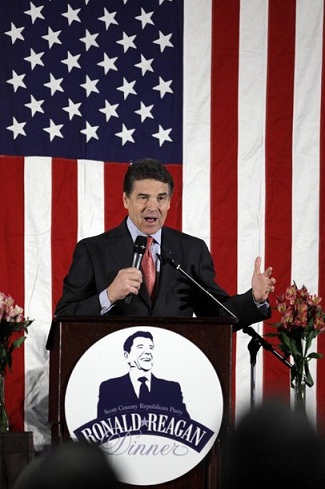 Gov. Rick Perry of Texas announced a proposal on Tuesday that ranks among the most radical plans to alter the federal government offered by any major Republican presidential candidate this year — and one that legal analysts say will almost surely never happen: making Congress operate part-time with half pay and ending lifetime tenure of federal judges.