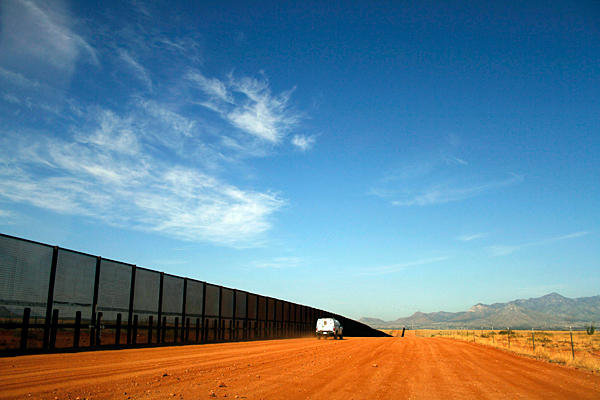 A US Border vehicle drives along the US and Mexico border fence in Naco, Arizona, Photo: Reuters

These are my links for April 23rd through April 24th: