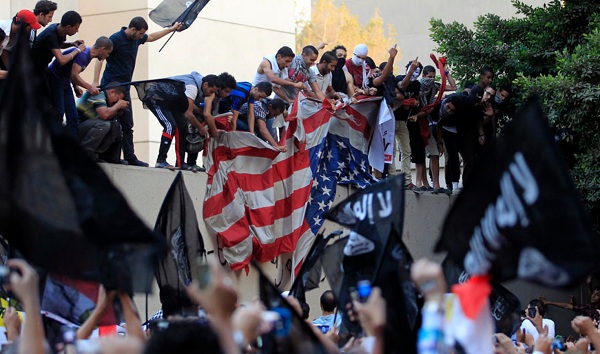 Protesters destroy an American flag pulled down from the U.S. embassy in Cairo September 11, 2012. Egyptian protesters scaled the walls of the U.S. embassy on Tuesday, tore down the American flag and burned it during a protest over what they said was a film being produced in the United States that insulted Prophet Mohammad. Reuters Photo