Well, this is not exactly what Dr. Shelburne agreed to in writing (consent order) when he surrendered his dental license. He agreed to never contest the findings of fact.

You can read the documents here.

I will let the reader pass judgment on Dr. Shelburne but I cannot help but think this little exercise and the one here are nothing but jury pool spin. His son now owns his former dental practice and Dr. Shelburne senior faces a federal civil trial which might cost him all of the proceeds of such a sale/transfer – and the remainder of his assets.

Also, it is not beyond the realm of possibility that Dr. Shelburne will apply to have his dental license reinstated.

Of course, dentists must document their records but the egregious nature of the abuse here is far and way beyond anything I have ever seen or reviewed.

Update on the Case of Dr. Roy S. Shelburne

Dental Economics managing editor Kevin Henry speaks with the Virginia dentist about his arrest, time in prison, recent release, and advice to his peers.

Here is a follow-up on the Dr. Roy Shelburne story I covered a couple of years ago.

I agree about record keeping but, we in the dental profession, are taught this at an early age in dental school and is reinforced throughout our careers via continuing education.

Strange, but it seems to me that Dr. Shelburne is not the least bit contrite or remorseful about his dental activity that led to his conviction. Perhaps this is why the Feds pushed so hard for punishment in this case.

Here is the Virginia Department of Health Professions adjudication of Dr. Shelburn’s dental license and Consent Order of July 15, 2008

The link above requires a search so here are the documents:

And, then the Consent Order: 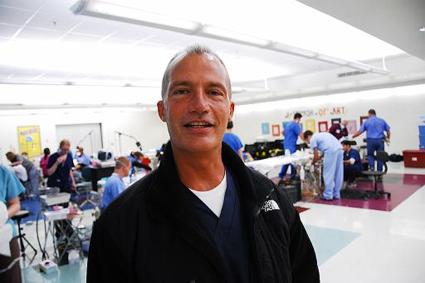 The federal prosecutors are NOT satisfied sending Virginia dentist, Dr. Roy S. Shelburne, D.D.S. to the POKIE for two years.

A U.S. attorney is appealing a federal district court judgeâ€™s decision to vacate a dentistâ€™s convictions for money laundering, setting up a legal battle over a federal statute that was recently interpreted by the U.S. Supreme Court.

A notice of appeal has been filed in the U.S. Court of Appeals for the Fourth Circuit. The appeal from Acting U.S. Attorney Julia C. Dudley indicates the government is pushing back against an ambiguous Supreme Court decision that in some money laundering cases holds prosecutors to a higher burden of proof.

Yet, the federal prosecutors want more.

The question to ask at this point is why?

The Case of Dr. Roy S. Shelburne – Convicted and Sentenced to Two Years in Federal Prison

Flap has been away from this story for a few weeks. So, let’s catch up.

Judge James P. Jones sentenced Roy Shelburne to two years for each of the felony counts, which will run concurrently. Shelburne was also fined $75,000, and must pay nearly $18,000 in restitution to state Medicaid.

The sentence comes a week after the judge threw out all seven of Shelburneâ€™s convictions for money laundering, based on a recent interpretation of the statute by the U.S. Supreme Court. Previously, Shelburne had faced up 120 years in prison and a $1.25 million fine.

At the sentencing hearing, the federal prosecution led by U.S. Attorney Tony Giomo, presented a computer-generated statistical estimate that Shelburne likely bilked Medicaid of about $263,000.

The actual amount of money, as well as the number of patients overbilled, remains unknown.

But Giornoâ€™s team claimed to have filled in the gaps with a statistical model based on the files of patients known to have been overcharged.

Judge Jones said he would need more information than readily available to accept the estimate.

Giorno said after the sentencing that Shelburne could face as much as $700,000 in restitution if the U.S. Attorney Generalâ€™s Office decides to pursue a civil case.

An in-depth post-sentencing interview with Dr. Shelburne is here.

A federal judge on Tuesday overturned all seven money laundering convictions against a Pennington Gap, Va., dentist, which could set a precedent for how the government prosecutes such cases.

In his order, James P. Jones, chief judge for the Western District of Virginia, upheld three convictions of Roy Silas Shelburne for racketeering, structuring a financial transaction and defrauding Medicaid. Jonesâ€™ reversal of the juryâ€™s verdict on the money laundering convictions comes on the heels of a decision last month by the U.S. Supreme Court interpreting the statute, which set a higher burden for prosecutors alleging the offense.

A juryâ€™s convictions are evaluated in the light most favorable to the government, and Jonesâ€™ decision to vacate them underscored a substantial shift in the legal grounding of the case.

â€œTo say that Iâ€™m pleased with Judge Jonesâ€™ opinion in this matter would be an understatement,â€ said Dennis Jones, Shelburneâ€™s attorney, who previously described the juryâ€™s verdict as the â€œgreatest miscarriage of justiceâ€ he had seen in his legal career.

The judgeâ€™s order, he said Tuesday, â€œis significantly in keeping with what my understanding of the law was. Heâ€™s right on.â€

Dr. Shelburne continues to face considerable jeopardy with the three remaining felony convictions when he is sentenced on July 10th. He is considering an appeal.

Undoubtedly, there will be new motions to set aside the three other convictions and to allow Dr. Shelburne bail pending appeal.

However, even if the judge allows bail while the appeal is considered, Dr. Shelburne would have his dental license revoked during the appeal process.

Flap bets there is a plea deal before the 10th which would allow Dr. Shelburne to continue to practice dentistry but under financial supervision for a period of time and the payment of a fine.

The case appears thin and the federal prosecutors have definitley been slapped by the judge. 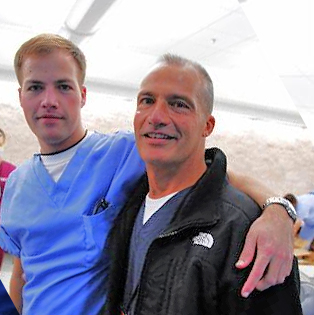 
In a stunning decision, a federal judge today vacated all seven jury convictions of a Pennington Gap, Va., dentist for money laundering.

Jonesâ€™ opinion filed today pointedly rejected the governmentâ€™s construction of the money laundering statute, which the U.S. Supreme Court interpreted last month, and highlighted the complexity of the case by setting aside seven of the juryâ€™s convictions.

Dr. Shelburne will be sentenced on the remaining three convictions on July 10. Obviously a United States Supreme Court decision on June 2nd affected the law in this case.