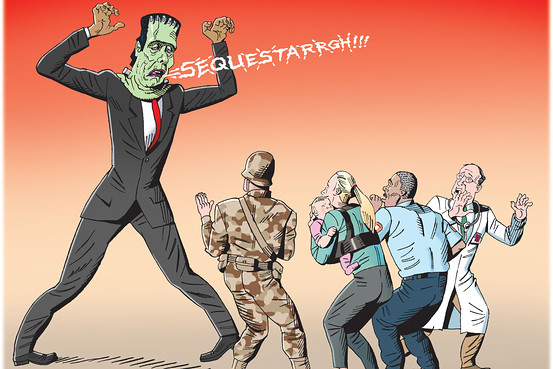 Chris, it has been very quiet on the name-calling, hypocrisy-laden LEFT after the Limbaugh-Fluke flap, no?

The White House has drawn back and notice that President Obama’s political guru, David Axelrod cancelled an appearance on the Bill Maher HBO show.

Feeling pressure in the wake of the Rush Limbaugh-Sandra Fluke controversy, Bill Maher recently said he could say disgusting things about Sarah Palin and other women because he’s on HBO and doesn’t have sponsors.

Apparently the White House doesn’t completely agree, for according to Politico, David Axelrod, one of Obama’s right-hand men, has cancelled an upcoming appearance on Maher’s Real Time:

David Axelrod will not be appearing as a guest on “Real Time with Bill Maher,” despite reports last week that he was scheduled to do the show in the next few weeks.

“He’s not scheduled to go on at this time,” said Ben LaBolt, the press secretary for President Obama’s reelection campaign.

I prefer the American Founders as well. Chris, one wonders why President Obama and David Axelrod prefer the divisive politics of separation?

Oh Yeah! I know, it wins for them.

Backup of an advertisement claiming that Sarah Palin is an anti-American radical.

Rusty’s post: Hope, Change, & Lies: Orchestrated “Grassroots” Smear Campaigns & the People that Run Them is a MUST read this morning.

Here is the You Tube voice over artist (with links to David Axelroad and hence the Barack Obama campaign) comparison.

The piece by Rusty takes some time to peruse but well worth the time to explore the inner workings of media in the internet age which is not what it seems.

Michelle Malkin, now, has more on the apparent cover-up.

Now, hereâ€™s the juicy part. Within an hour of publication of the Jawa
Reportâ€™s investigation, â€œeswinnerâ€ deleted the smear video that he had
uploaded several times on September 11. Hereâ€™s a screenshot of the cached copy:

Let me underline that: At some point between approx. 12 midnight – 2am
Eastern, â€œeswinnerâ€ logged into his account and tried to erase all
traces of the deceitful, Palin-bashing ad.

ACE has more about why this story is important and why the MSM most probably will NOT run with it:

1) It’s calculatedly dishonest to attempt to scam the public with videos by “concerned citizens” which are in fact professional electioneering communications put out at the behest of a supposedly new-politics politician. People trust average “neutral” and “independent” citizens more than someone known to be an interested party. It was a scandal when it was revealed that stockbrokers were pimping their own stocks on day-trader sites, pretending to be just average investors with hot tips. Same deal here.

2) Such ads don’t get fact-checked, as they’re supposedly from regular schnooks. No one fact-checks a regular schnook. So Axelrod and Obama can spread lies about Palin, completely refuted and debunked 11 days before the ad was posted, and not worry about media busy-bodies calling foul.

The plan in this case was to tap into the massive traffic of the Daily Kos and have each reader send the video, under the radar, to ten friends, and have them send it to ten friends, etc. The post in question was written by someone who just happens to share a name with a Winner & Associates employee. YouTube ads are big business — and this one was so stinking of outdated lies it had to be done under the table, in the shadows. Where no one would take much notice of it; certainly not the media’s fact-checkers. But, if successful, it would go viral and a huge number of people would end up seeing it.

And no one would know where this ad came from.

The plan didn’t quite work — the lies being pushed were already utterly rubbished, and there were new, exciting smears the netroots were more interested in. But it didn’t fail for lack of trying.

3) This is just the tip of the iceberg. David Axelrod is known as “the Master of Astroturfing,” and this is just his sloppiest and most brazen effort (thusfar detected). You know what also doesn’t get fact checked? The tens of thousands of coordinated comments smearing McCain and Palin posted every day on media and blog threads, many of which are being written by “concerned Christian conservative commenters” who are in fact agents of David Axelrod and the DNC — either directly, as in on-the-payroll sockpuppets, or indirectly, as in big internet groups determined to do “the dirty stuff Obama can’t do himsef.”

But his legions of busy, busy, busy internet sockpuppets can. He gets the benefit of the smear without having to accept any of the responsibility for it. (Emphasis Flap’s)