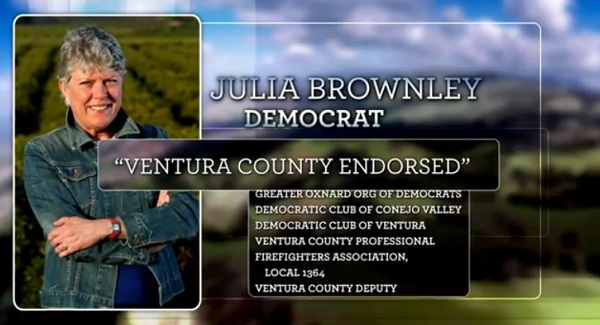 Actually, Julia Brownley should be considered on the “C” List as compared to Ventura County Supervisors Steve Bennett and Linda Parks.

And the third is a candidate who dropped out before the race even began — Ventura County Supervisor Steve Bennett in the 26th District.

“When he withdraw, Democrats had to settle for a second-tier candidate,” said Brock McCleary of the NRCC. “I’d be lying if I didn’t tell you that I think Bennett would have stood a better chance.”

California State Senator Tony Strickland at least lives and is from Ventura County – something Julia Brownley will never be able to claim.