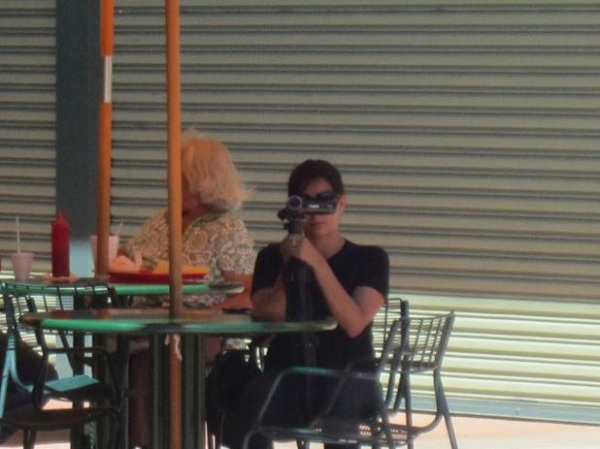 Nobody is admitting it, but the national Democratic Party folks at the DCCC have a reputation of doing it. Now, is Brownley’s campaign paying for the deed?

Hard to say and it may be difficult to trace, but my best guess is that this activity would not be going on without Brownley’s direct approval.

Here is another photo of the tracker/stalker: 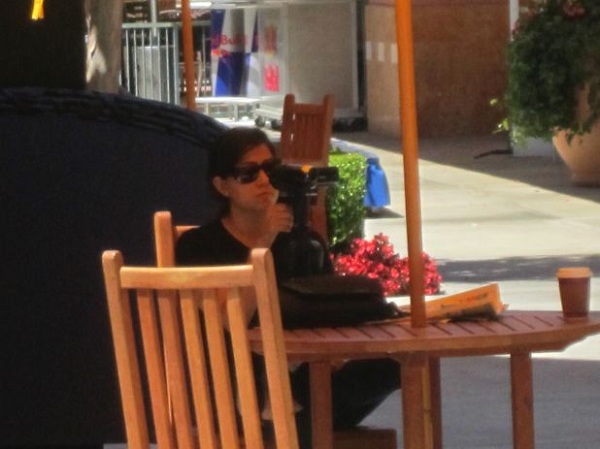 I understand from good sources that this person has been seen videotaping at other Tony Strickland events. So, if anyone can identify her, please, let me know in the comments below.

What is the FLAP here – besides the fact that an elected official is being stalked?

Trackers or videographers are not uncommon in Congressional campaigns today. However, this was a Children’s I.D. Event. 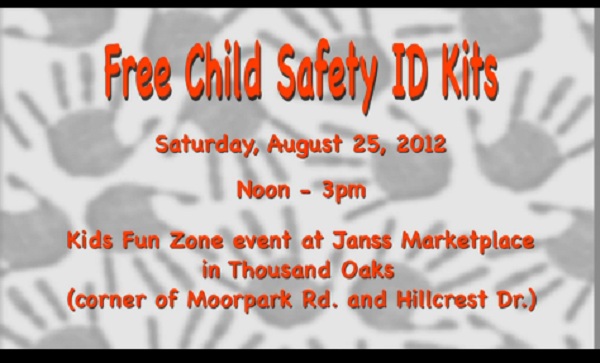 A free child ID event will take place from noon to 3 p.m. Sat., Aug. 25 during the Kids Fun Zone at Janss Marketplace in Thousand Oaks, at Moorpark Road and Hillcrest Drive.

The event is sponsored by Sen. Tony Strickland’s office and the Thousand Oaks Police Department.

The free child ID and fingerprint kits take a few minutes to make and include copies of the child’s fingerprints and their parents’ contact information.

Parents keep the kits on hand and can turn them over to law enforcement in the case of a missing child or other emergency.

Yesterday was NOT a Congressional campaign event, but a public service one in conjunction with Strickland’s California State Senate office. Why would the Brownley campaign want to be associated with such an obviously ridiculous observation? And, why involve the children?

If the Browney campaign was associated with yesterday’s stalker, they should apologize to the families of the children who were videotaped. If the DCCC was involved, then the Brownley campaign should tell them to exert some restraint.

Julia Brownley may be an LA Woman (from Santa Monica actually), but we don’t do politics like this in Thousand Oaks – because we aren’t LA.

4 thoughts on “CA-26: Is Julia Brownley or the DCCC Stalking Tony Strickland?”