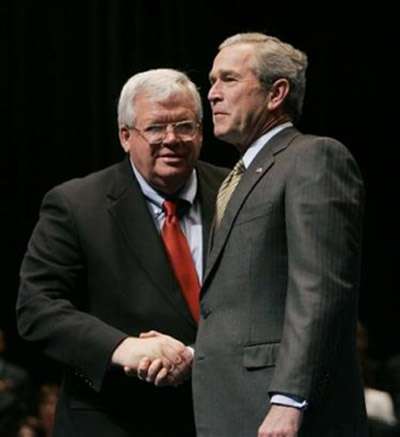 President Bush, right, shakes hands with Speaker of the House Rep. Dennis Hastert, R-Ill., before delivering his speech on the War in Iraq at the Arie Crown Theatre in McCormick Place, Monday, May 22, 2006 in Chicago.

Displaying bipartisanship for one of their own, House Republican leaders are expressing concern that the FBI’s search of the Capitol office of Louisiana Democrat William Jefferson crossed the constitutional boundary between the White House and Congress. Tuesday, House Majority Leader John Boehner called the weekend raid “the Justice Department’s invasion of the legislative branch” and predicted the issue would “end up across the street at the Supreme Court.” Read all about the ramifications of the raid â€” which one blogger calls “The Shot Heard ‘Round The Hill” â€” from The Associated Press, The Washington Post and The Hill.

Conservative blogger (and law professor) Instapundit is skeptical about the GOP’s constitutional concern: “The separation of powers argument seems to be pretty weak to me.”

Meanwhile, The New York Times takes a look at how the Jefferson bribery probe has cast a shadow over Democratic attempts to hang the “culture of corruption” sign around Republican necks. One influential liberal blog offers this advice to Democrats: “Tell Mr. Jefferson to resign immediately.” Jefferson said Monday he won’t.

“My opinion is that they took the wrong path,” Hastert, R-Ill., told reporters after meeting with Bush in the White House. “They need to back up, and we need to go from there.”

Good God has the GOP House leadership lost its mind?

The FBI has this Democrat member of Congress on TAPE taking bribes and discovered cold hard cash wrapped in tin foil in his fraking freezer and the FBI is wrong to serve a search warrant signed by a federal judge? 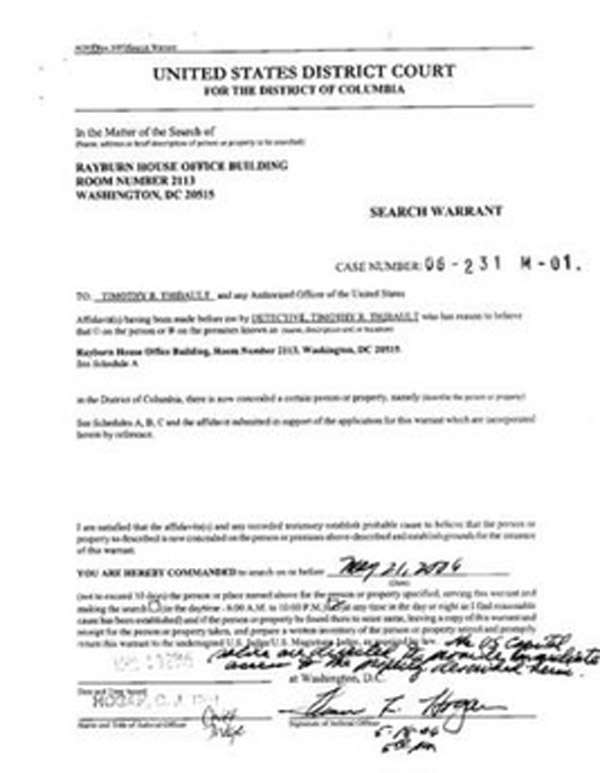 Give me a DAMN break.

And readers wonder why Flap says NOT ONE DIME and NOT ONE VOTE for these fools.

InstaPundit has it RIGHT: Cut Their Salaries and Send Them HOME.