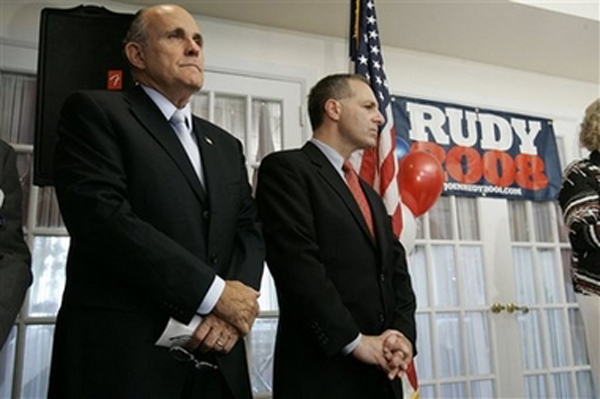 Republican presidential candidate Rudy Giuliani, in an indirect swipe at President Bush, said Thursday the overwhelming attitude that the U.S. is headed in the wrong direction reflects a lack of leadership.

The nation’s bleak mood was evident in the most recent Associated Press-Ipsos poll in which only 21 percent said they believe things in the U.S. are heading in the right direction, the worst mark since the AP-Ipsos poll began in December 2003.

Speaking at a Flag Day rally in Wilmington, Del., Giuliani told more than 200 supporters: “What we’re lacking is strong, aggressive, bold leadership like we had with Ronald Reagan.”

The same AP-Ipsos poll found public approval with the job Bush is doing at 32 percent, matching an all-time low.

Is this a swipe at President Bush?

You betcha – as Rudy distances himself from the President and his style/lack of leadership which is sinking the GOP.

Hizzoner has outlined his 12 Commitments to the American People:

1. I will keep America on offense in the Terroristsâ€™ War on Us.

2. I will end illegal immigration, secure our borders, and identify every non-citizen in our nation.

3. I will restore fiscal discipline and cut wasteful Washington spending.

4. I will cut taxes and reform the tax code.

5. I will impose accountability on Washington.

6. I will lead America towards energy independence.

7. I will give Americans more control over, and access to, healthcare with affordable and portable free-market solutions.

8. I will increase adoptions, decrease abortions, and protect the quality of life for our children.

9. I will reform the legal system and appoint strict constructionist judges.

10. I will ensure that every community in America is prepared for terrorist attacks and natural disasters.

11. I will provide access to a quality education to every child in America by giving real school choice to parents.

12. I will expand Americaâ€™s involvement in the global economy and strengthen our reputation around the world.

Bold, strong, direct leadership is what you get with a President Giuliani. 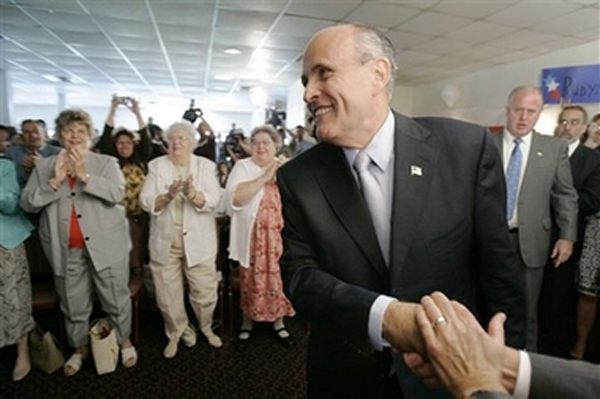