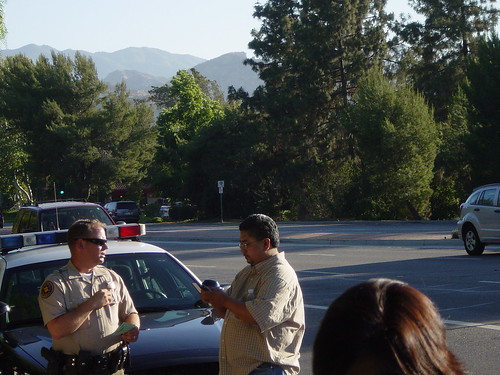 Joel Angeles, Chief of Staff for California GOP Assemblywoman Audra Strickland has been placed on a one-month unpaid administrative leave according to a written statement.

Assemblywoman Audra Strickland placed a top aide on leave Thursday following his involvement earlier this week in altercations during a demonstration outside a fundraiser for her husband, state Senate candidate Tony Strickland.

Audra Strickland, R-Moorpark, announced she was placing Joel Angeles, her chief of staff, on “a one-month leave of absence without pay for what I view as a show of poor judgment,” according to a written statement issued by her office.

On Tuesday, Angeles took the day off from his job as her chief of staff job to join her husband’s campaign supporters outside the Hyatt Westlake Plaza hotel in Thousand Oaks. Former presidential candidate Mitt Romney appeared there Tuesday night to stump for Tony Strickland, who is locked in a critical battle for the 19th District Senate seat.

Flap was there and wrote this post after the altercation/protests and the fundraising event for Assemblywoman Audra Strickland’s husband, Tony.

The entire Flap was and continues to be a “He Said, They Said” argument. Flap did not see the supposed “smack down” but did interview one of the female alleged victims. She did have scratches on her right arm which she said she received by being pushed into an adjoining hedge. 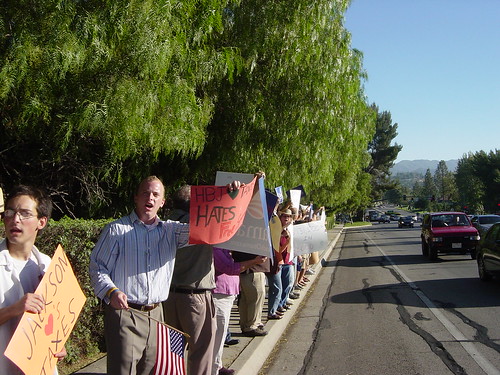 Ventura County Sheriff officers interviewed all parties and since none of the parties would pursue prosecution or a citizen’s arrest, no arrests were made. 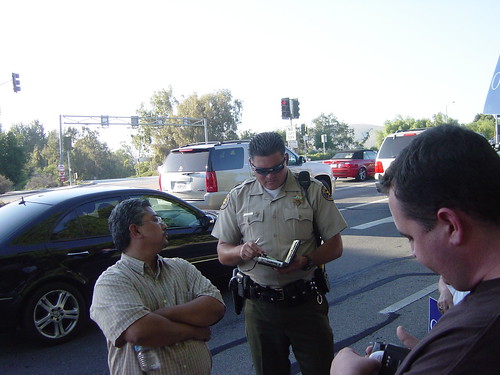 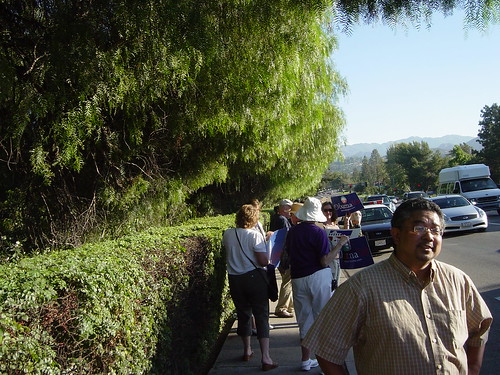 Joel Angeles, Democrat protesters and the “HEDGE.” Photo By Flap

Both groups used poor judgment in this altercation. But what is clear is that someone was looking for a fight to embarass Tony Strickland who was inside with Mitt Romney raising money for his California State Senate campaign. Wasn’t that the point of the demonstrations?

How do you spell set-up?

Joel Angeles used “poor judgment” being involved with the Democrat protesters – at all. He should have walked away. Angeles is now being punished.

A lesson for everyone: Let the politicians “DUKE IT OUT” in debates on the issues and leave the physical confrontations out of the campaign.