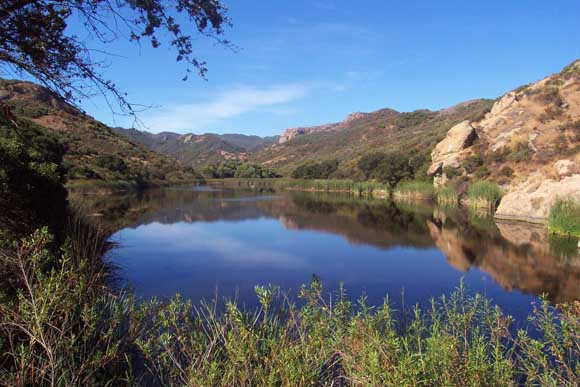 It is a happy day for most California taxpayers as the California Sales Tax has decreased one percentage point and motor vehicle registration fees have decreased, as interim tax increases expire.

It is not a happy day for hybrid automobile drivers since they will no longer have free rein driving in HOV – car poll lanes on California freeways.

But, oh well, I don’t drive a hybrid but do buy products subject to the sales tax.

California starts the new fiscal new year with a state budget which is unusual. But, alas, the budget is really a sham, full of gimmicks and slight of hand. But, hey, it passed California Democratic Controller John Chiang’s review and California Legislators will receive their paychecks. Just for your information, floor sessions are scheduled today so that our fair members of the California Assembly and State Senate can get their per diem for today and, of course, holiday pay for Monday.

It is all about the money.

With those happy thoughts it is onto the links:

California has a balanced budget for the fiscal year that begins today, after Gov. Jerry Brown on Thursday signed the spending plan to close what had been a $26.6 billion deficit when he took office in January.

The governor used his line-item veto to cut an additional $23.8 million from the state’s $86 billion general fund. He also cut another $234 million of spending from bond funds, largely the high-speed rail fund, in a move that could jeopardize BART’s plan to replace aging rail cars. Money also will be blocked from reaching Muni and Caltrain projects.

The governor also signed a bill, which is part of the budget package, that will take $130 million from cities across the state and could force some of those cities to disband.

At a low-key bill-signing ceremony that was closed to all but a photographer, a TV cameraman and a radio reporter, Brown praised lawmakers for doing “an extraordinary job with a budget nobody really liked anyway.” He went on to say, “It really does put our fiscal house in much better shape, but we’re not finished.”

Among the line-item vetoes the governor made in the general fund are a $22.8 million cut to courts. That money would have funded a part of the governor’s realignment plan to shift some inmates to county jails. The implementation has been delayed, and so court officials were expecting the cut.

The governor saved nearly $2 million by eliminating the California Postsecondary Education Commission, which he called “ineffective,” and cut $200,000 from the budget for the Commission on the Status of Women. Because of complicated accounting, some of the money doesn’t fall under the veto total.

That was the message from a handful of Republican Assembly members this morning as they applauded their resistance during budget talks to approving temporary tax extensions. The budget plan passed by the Legislature this week assures that those taxes will expire at midnight, which the legislators say will save the average Californian about $260 each year.

“This is a great day for California,” said Assemblyman Tim Donnelly, R-Twin Peaks. “The death of these taxes is the rebirth of our economy.”

As the legislators gathered in front of a pair of SUVs at Downtown Ford in Sacramento, Assembly Republican leader Connie Conway said that someone buying a $20,000 car this weekend would pay $300 less in taxes and fees than if they bought the car today.

Gov. Jerry Brown’s original budget plan required at least two Republican votes each from the Assembly and the Senate. It would have held steady the rates for income and sales taxes and vehicle license fees. Instead, all of those rates will drop under the spending plan that Brown is expected to sign into law today.

Republican Texas Gov. Rick Perry was a whirlwind in the Golden State Thursday, racking up the miles, talking up his record — and meeting with potential supporters and donors.

And he’s not even running for President — yet.

We checked in with Jon Fleischman, publisher of the popular GOP website FlashReport, who co-hosted a grassroots meeting of 60 Republicans in Newport Beach for Perry with OC GOP chair Scott Baugh. He said the Lonestar State gov’s initial reviews from party activists and conservative stalwarts were strong.

“He was really, really impressive. He comes off as a very genuine — heavy on candor and light on pander,” said Fleischman. “Part of what we’re looking for is someone who has authenticity….who resonates, and has an ability to connect.”

“He’s got a very strong record of accomplishment that will appeal to GOP voters,” Fleischman said. “This is someone who isn’t going to have any problem going into meetings with major donors and blowing people away.”

So is he running? Bet on it, says The Flash.

The number of out-of-state students is soaring at UC Berkeley, with new figures showing more than a quarter of newcomers on campus – freshmen and transfer students – won’t be from California this year. That’s up from 23 percent last year, and 15 percent two years ago.

More important for the campus, the nonresidents pay nearly three times the tuition of in-state students, and will bring in $80 million this year, up from $54 million last year, spokeswoman Janet Gilmore said.

The trend is similar throughout the University of California, although Berkeley far outpaces other campuses in its zeal to bring in the lucrative outsiders.

Across UC’s nine undergraduate campuses, 14 percent of the freshmen and transfer students who plan to enroll this fall are from out of state, up from 11 percent last year, and 9 percent the year before, according to figures released Thursday.