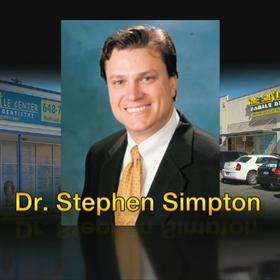 Photo courtesy of WOAI-TV, San Antonio
Today, after receiving my neat new crown (thank you, Dr. Dovidio), I went over to my old mailbox at The UPS Store (where my wife has a mailbox) and received an old certified letter (from two weeks ago) from a Texas law firm. It was a cease and desist letter over a link I posted here some time ago.I won’t bore you with the details of the letter, nor scan it, but it essentially said stop publishing nasty stuff about our client Dr. Stephen Simpton. Unfortunately, sir, Mr. Jon Michael Smith, Attorney at Law in Austin Texas, a free press does not quite work this way – as I am sure you really know.Here is a video of Dr. Simpton being interviewed by a local San Antonio TV station:

Fair enough and here is the latest video from WOAI-TV and the some of the problems at the Smile Center.

Apparently, there are criminal and civil investigations of the Smile Center.

A criminal investigation is underway into a chain of dental clinics here in San Antonio that targets children on Medicaid. This comes after an investigation by News 4 WOAI Trouble Shooter Brian Collister uncovered complaints of poor treatment at The Smile Center.

The Texas Attorney General now confirms it has launched criminal and civil investigations into The Smile Center.

The Attorney General’s office wants to know if the clinics defrauded medicaid by billing for dental work that did not need to be done. The Trouble Shooters have been reporting since February about complaints from parents who say the clinics did unnecessary and shoddy work on their children.

These parents were unhappy with dental work done on their children and paid with millions of your tax dollars through Medicaid.

A representative from the Attorney General’s office confirms it’s Medicaid fraud control unit has 180 bankers boxes of records taken from The Smile Center locations here in San Antonio. The agency’s civil Medicaid department has also filed a complaint in civil court against the business. But we don’t know what’s in that complaint because it’s sealed.

A local law firm is also just weeks away from filing a massive lawsuit against The Smile Center on behalf of the parents of one hundred former patients.The Smile Center’s owner, Doctor Stephen Simpton, recently filed a lawsuit against WOAI and reporter Brian Collister. Simpton claims our stories defamed and disparaged him and his business. Simpton did not respond to a request for comment for this report.

The attorney for Dr. Simpton responded:

Now, a number of patients have filed lawsuits.

A chain of dental clinics here in San Antonio is hit with a massive lawsuit filed by parents who took their children to The Smile Center.

The court action is more fallout from my investigation into the clinics and allegations it did unnecessary work at taxpayers expense.

The lawsuit filed Wednesday on behalf of 23 children alleges the Smile center would routinely recommend unnecessary and excessive dental services.

The lawyer filing the suit says this is the first of many to come as they prepare to file on behalf of one-hundred children.

“The lawsuit alleges and we intend to prove with substantial evidence that a lot of the dental care received by these children was unnecessary and improper”, says Attorney Tom Crosley.

It alleges Smile Center and its dentists would – “recommend unnecessary and excessive dental services, most commonly consisting of pulpotomies (baby root canals) and stainless steel crowns”.

The lawsuit goes on to allege “The smile center subjected these children to its production machine for one primary reason — to bilk Medicaid for its financial gain”.

OK, now the reporting has been done on Dr. Simpton and the problems he is facing. If Dr. Simpton or his attorney wish to comment on these allegations, they are welcome to do so in the comments below or they can use the contact information above (please note, I have a new mailing address).