The word on the internets is that it won’t be Sarah Palin but may be any of the following:

The BUZZ has started and who else to deliver the “RED MEAT” speech to end the Republican National Convention?

Republican convention planners appear to have a surprise planned for those tuning in Thursday night.

Buried deep in the convention schedule released Monday is a vague reference to a mystery speaker scheduled for the event’s final evening. “To Be Announced” has a prime speaking slot late in the Thursday program.

By then, speakers from Mitt Romney’s church will have taken the stage that night. The co-founder of Staples office-supply chain will have spoken about working with Mr. Romney during his time at Bain Capital. State officials from Massachusetts will have talked about the former governor. Olympians will have already thanked the presidential candidate for leading the 2002 Winter Games.

The only other speakers to follow “To Be Announced” will be Sen. Marco Rubio of Florida and Mr. Romney himself, suggesting that the unnamed guest may appear during the 10 p.m. hour when the networks all will be broadcasting the convention.

Has anyone checked to see where Sarah is? Her last Tweet had her in Arizona.

Had a great time today in Gilbert, Arizona, at a rally for Kirk Adams. It’s very important to pay attention to… fb.me/IK7ZdA8S

I cannot think of anyone who could stir up the convention crowd and who could deliver such a motivating speech. 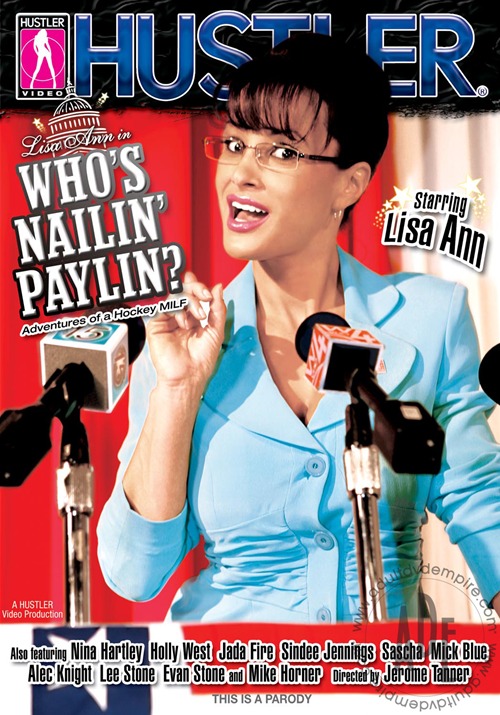 
Following an extensive remodel, the Penthouse Club in Tampa, Fla., is finally ready for next summer’s Republican National Convention. Club operator DeWayne Levesque has installed two secluded VIP sections, which he hopes will help his club attract a bigger share of the 50,000 visitors expected to descend upon the city on Aug. 27 for four days of conservative politics and liberal partying. In addition to the club’s new carpets and furniture, the private rooms are designed to provide cover so that camera-shy donors, politicians and aides can enjoy the strippers without fear of getting caught, he said.

A few blocks from the Penthouse Club, another strip club owner, Joe Redner, said he has high hopes for what the convention means for business at his all-nude club, Mons Venus. “I’m guessing we’ll make five times as much in a night as we usually do,” Redner told HuffPost. “Republicans got plenty of money. They take it all from poor people,” he said.

The Huffington Post spin on this story is hilarious.

But, I am positive those clubs will get a work out next year.

Now, will Sarah Palin be a candidate?